If You Can Visualize It, You Can Animate It 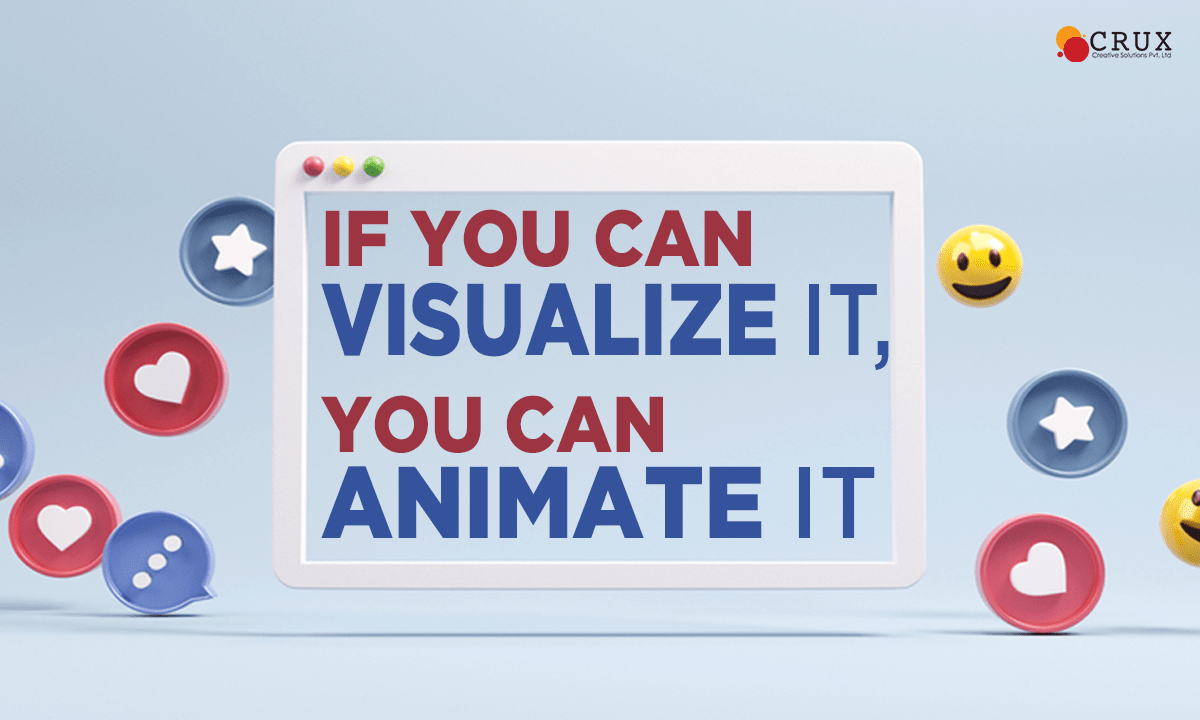 Organizations have moved to organize "internet conferences/meetings" and other multimedia activities as the idea of social distancing has reached the status of modern mainstream. Businesses have continued to normalize their activities as before – alongside the infamous work from home; the recently introduced transformations have given rise to iImmersive virtual gatherings and remote meetings. However, many people assume (and this is true) that the simulated face-to-face encounters in front of computer screens will quickly become repetitive and a new normal. These might appeal to ever-busy professionals because of their monotonous idea of modernization. One of a strong addition to a segment of explaining meetings are Animated Videos or animated product explainer video.

Animated videos are rarely considered as one of the interactive event ideas when organizing a web meeting. What is the explanation for this? According to some animated video production companies, most people equate animation with cartoons or Disney-Ghibli films. They cannot be associated with strenuous activities such as corporate meetings. Might be true to some, but still remains strongly debatable.

"Today's wide variety of animation techniques can express both critical messages and light-hearted entertainment. Adults are at ease watching videos that describe intricate mechanisms or help highlight points that are impossible to imagine on their own." according to an animated explainer video company.

The idea of digital lending is explored in this intriguing animation film. It may seem dry at first, but when you go through it scene by scene, word by word, you will find it to be more insightful and profoundly engaging in every frame. Boredom is broken up by the action of the hand that produces each scene.

Video animation is adaptable and cost-effective. The videos contain influential messages that are most relevant to the target audience's meaning. Furthermore, since the rising trend in live-action continues to be challenging to film in this sense of social distancing, animated videos can prove to be the most open asset for an organization to enter the minds of its target audience.

Find your interactive conference with animated content to be comparable to every other business-related online event. The sound and style of the animation material must be consistent with the company. Both the brand and the video must be viewed as one. The immersive conference offers an opportunity to convey the brand message to the animation's deeply embedded audience. They must consider what is said in the video and who the video reflects on the screen.

Plan A or Plan B

Although making an animation video takes just a few seconds, preparing one, particularly for a formal event, takes a long time. We at crux- an animated video maker company believe starting the process at least a month ahead of time is optimal. Begin by composing a script, updating the material to ensure that it is aligned with the event's goals, and then start the animation process.

Something that is played for an extended period will reduce the degree of interaction. So, if your video is long, start splitting it up into small chapters to keep your audiences involved. By splitting up the content into small branches, the audience's attention span is much increased, and they can digest the information when looking ahead to the next chapter. Furthermore, these natural breaks allow you to chat about what you just saw and answer questions from the online audience.

Video conferences will also benefit from the use of animation files. People are forced to switch from one space to another at physical meets, causing natural gaps in the process. However, in the case of a simulated meeting, members will be stuck in the same chair for several hours, so signal transitions, break frames and notifying subject shifts are critical for maintaining attention.

Use Explainer Videos on Your Site to Convert Clients

Things You Need To Be Acquainted About Corporate Animation Video

Explainer Video Everything You Need To Know!