Use Explainer Videos on Your Site to Convert Clients 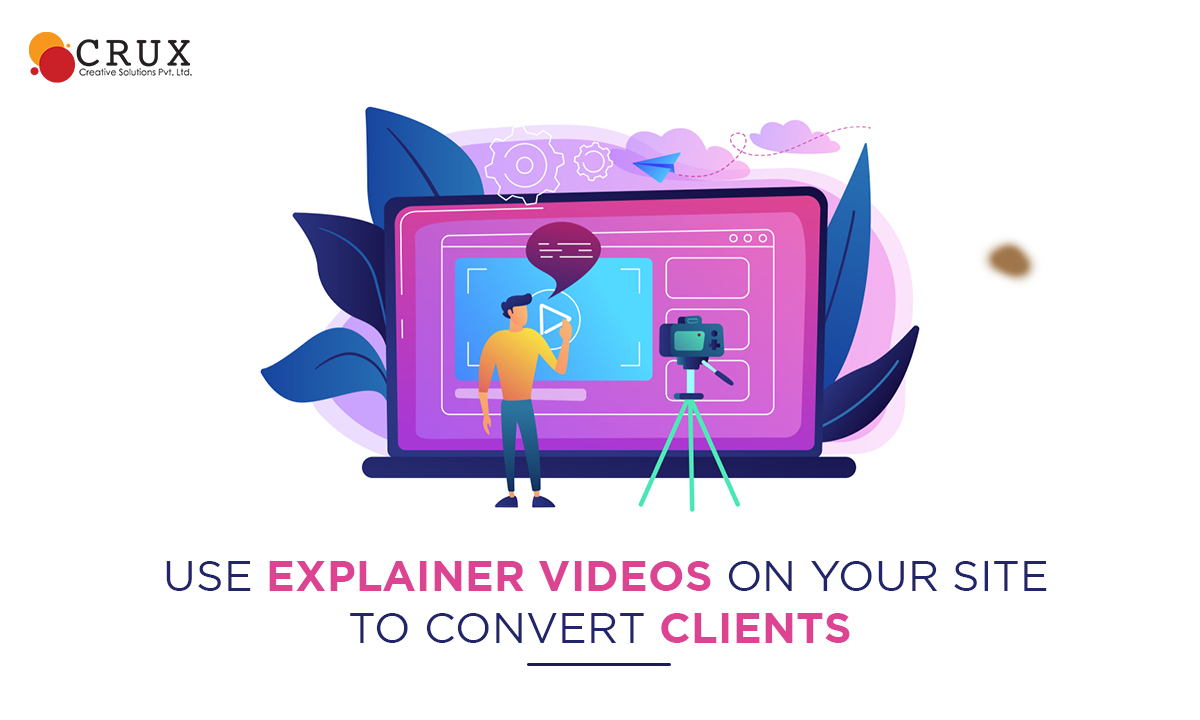 Research has come out to be the answer to most of our curiosities nowadays. With innumerous mediums to gather knowledge, it becomes self-evident to come across a video. Videos are the best way to understand the morale of our curiosity. While companies put in a lot of effort, creating concepts and contents around them, most rely on videos to do the explanation. Studies also show that one is more likely to stop and take a look at a video and generally glaze through a piece of text. An Explainer video is the rescue answer to queries and less traffic. Crux Creative Solutions along with its broad services is also one of the best explainer video production companies in gurgaon. It is a video which is mostly used for marketing and sales purposes, highlighting the company’s products, services, ideology more compellingly and efficiently. Crux being the best explainer video company in gurgaon does the work just right. Preferably hosted on the landing pages of company websites; explainer videos also make their way on social media sites like Facebook and Twitter.

Agreeably, videos attract more users, but undesired or off-track content can turn the tables. Every explainer video must follow a set of guidelines to crack the target audience and make them stick till the end. We at Crux Creative Solutions bring five specific tips, which should be kept in mind for an explainer video production company.

Length: Short Videos gain more audience. Videos under three minutes are practically the ones which perform the best. Viewers either do not pay attention to videos longer than that or scroll past it.

Call to Action: Videos should clearly explain the particular intention. Videos going off topics are more likely to lose viewers.

Match Audience: The target audience is one of the key specific areas. The right audience can increase traffic to a whole new extent.

Quality: Both the quality in production and the quality of content matters majorly in Explainer Videos. Videos with good quality production and polished content can act as to-the-point explanations and act as a boon for the company graphs.

To summarise the concept of at Crux we understand what is expected from an explainer video company and ensure that the video answers three basic questions; What is the problem they are facing, How is the company trying to solve it; Why should the audience choose it. There are three most common ways in which corporate video makers in Delhi can design their explainer videos.

Animated Explainer Video: The most common alternative is animated explainer videos. They are most frequently used because of their visual nature and relative ease of development – no extensive productions are needed. Because of the instructional format of an explanatory video, animated explanatory videos appear to be more visually attractive than a man standing in a talking space. An animation video maker in Delhi must ensure videos vary in style and feature, but some common types include:

Live-Action Explainer Video: This type of video explainer uses people and items to explain the product or service of your business. Harder to pull out but excellent when done right, a live-action video explainer takes a lot of imagination to keep it interesting. These explanatory videos typically feature a spokesperson who brings the audience on a visual tour as he or she describes the product and service of the business. They are also the company's founder or CEO and concentrate on emphasising its mission and purpose.

Crowdfunding Explainer Video: Another common video type is the Crowdfunding Explainer video. These explanatory videos can be either live or animated, and often contain a combination of the two. Virtually every crowdfunding video is an explanatory video by default. Still, it also runs longer than it requires to provide more detail on how they expect to invest the funds raised. When done right, an innovative crowdfunding video can make or break a campaign, resulting in hundreds or even thousands more dollars raised.

The Future of Video and Animation

Explainer Video Everything You Need To Know!

Things You Need To Be Acquainted About Corporate Animation Video