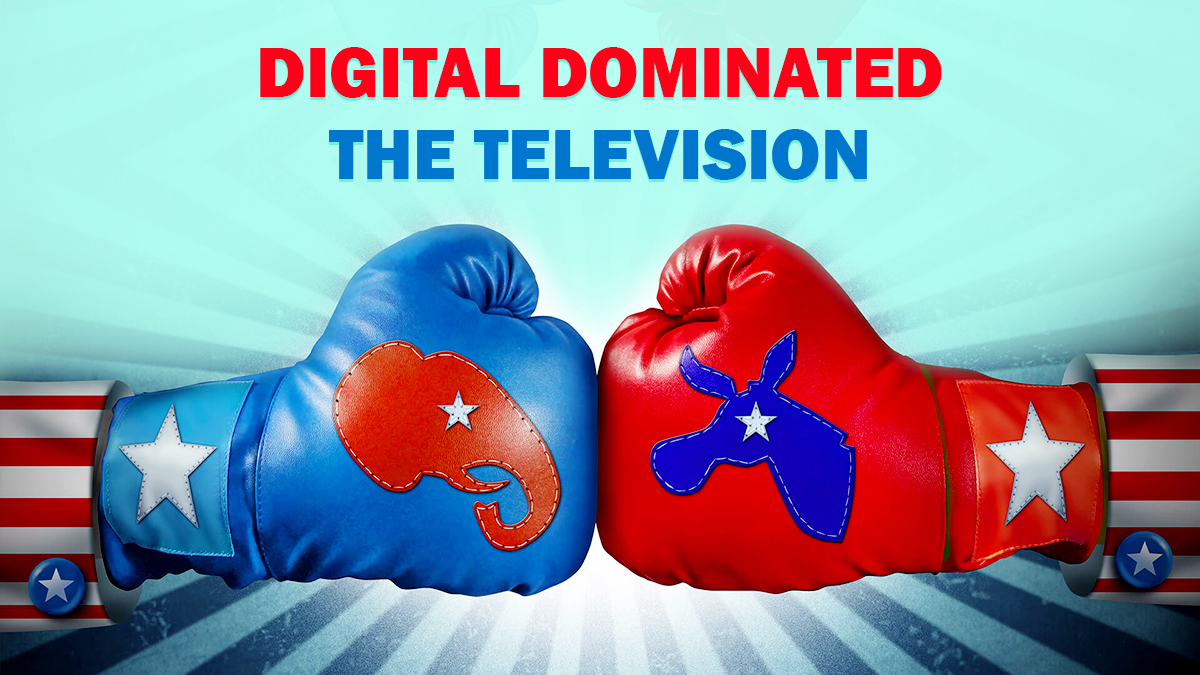 Yes! The 2020 U.S presidential elections are not just a win for Joe Biden but also for the world of Digital Advertising. Often it is questioned if it's worth investing in digital marketing or does going digital generate ROI! Well, here's the answer. A country saw the potential of their president through his digital activities.

The year 2020 has not been the same in any aspect. So why not the strategy for the electoral campaigns be?

With complete access to the internet and social media, awareness seemed more accessible to every single household, which resulted in gaining its people's trust. When it comes to the usage of social media and digital marketing president, Trump left no stone unturned.

Political Parties are learning that along with traditional advertising means such as newspapers and television; they must also invest in digital marketing. The U.K. and U.S. parties have proved an uptake as they have opted for the digital and social media marketing mean over the past few years. U.S. President Donald Trump and Democrat Joe Biden and Bernie Sanders have no choice but to declare a change in the plan. Rallies are being called off, and public events miss this election as politicking digitally has taken over its place.

The Instagram and Twitter profiles lack selfies and clicks of crowd gatherings and are replaced by posters, digital advertisements, and live-streamed speeches.

According to the Wesleyan Media Project in the month of September, the overall investment of 60.9 million dollars was made into Facebook and Google Ads vs only $11 million that accounted for the television.

Elections this year's elections were unexpected but not unpredictable. March 2020 had predictions for every action. What remains unforeseen is the sheer use of Digital Marketing and its effects.

Since the declaration of a halt in the events, Sanders' virtual rally featuring rocker Niel Young aired via Livestream for a "fireside chat." The momentum Sanders aimed to build was slapped as Biden, the former vice president, ran a far more robust campaign getting the nominations within his grasps.

Trump, too played his chances off well, this election. Even though the digital power he conquers and the megaphone of the presidency, his lack of an early response to the virus, and the denial nature of him on the spread of the same did not go unnoticed. One must not ignore the facts that besides his fearsome nature, he had managed to declare a close call with Democrat Joe Biden, all thanks to the Digital means of Marketing.

Overall, the entirety of the U.S elections with Digital Marketing has made all politicians aware of its value. In addition to that, it's not physical visits that make a campaign impactful; it's the strategy that matters.