WhatsApp Will Soon be Rolling Out Dark Mode in Desktop Version

WhatsApp Will Soon be Rolling Out Dark Mode in Desktop Version 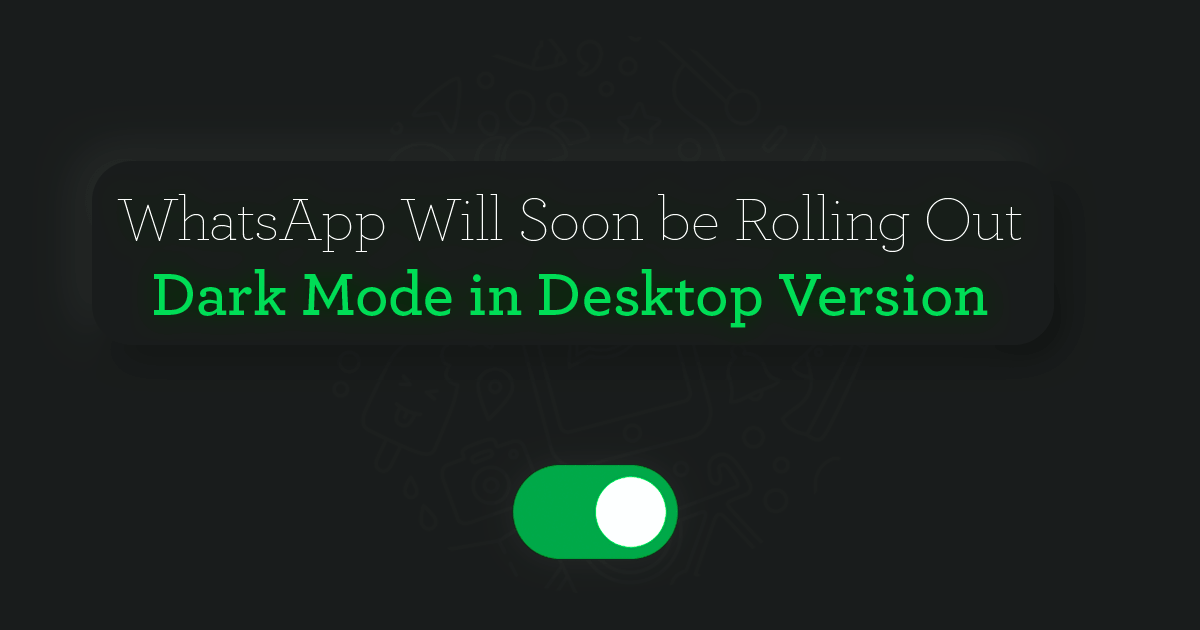 Soon the messaging app will be working on the recent updates and will come out with an error-free dark mode on its desktop version, according to media reports.

The giant messaging app WhatsApp has decided to roll out its much-awaited dark mode. The dark mode will be launched to its web version, according to media reports. The app recently launched its eye-friendly dark mode on the mobile, the Apple and Android users are making the best use of it.

As of now, there is no clear update on when the desktop version will be released. Most probably the launch will take place by the end of March 20’. WhatsApp team is currently working on launching a bug-free experience.

The dark mode is trending these days, first, it was launched by Apple for its mobile version. Catching up the trend, android also launched its version of dark mode. Further, given its ever-rising popularity, social media giant Facebook, Microblogging app Twitter and photo-sharing app Instagram introduced on their respective mobile version.

The social media platforms did not stop at just mobile version, Facebook and Instagram launched their desktop versions as well. Following the suite, now WhatsApp has stated that it is soon to launch its version of Dark mode on desktop. However, the messaging app I am still working on its recent updates and wants to come out with an error-free version.