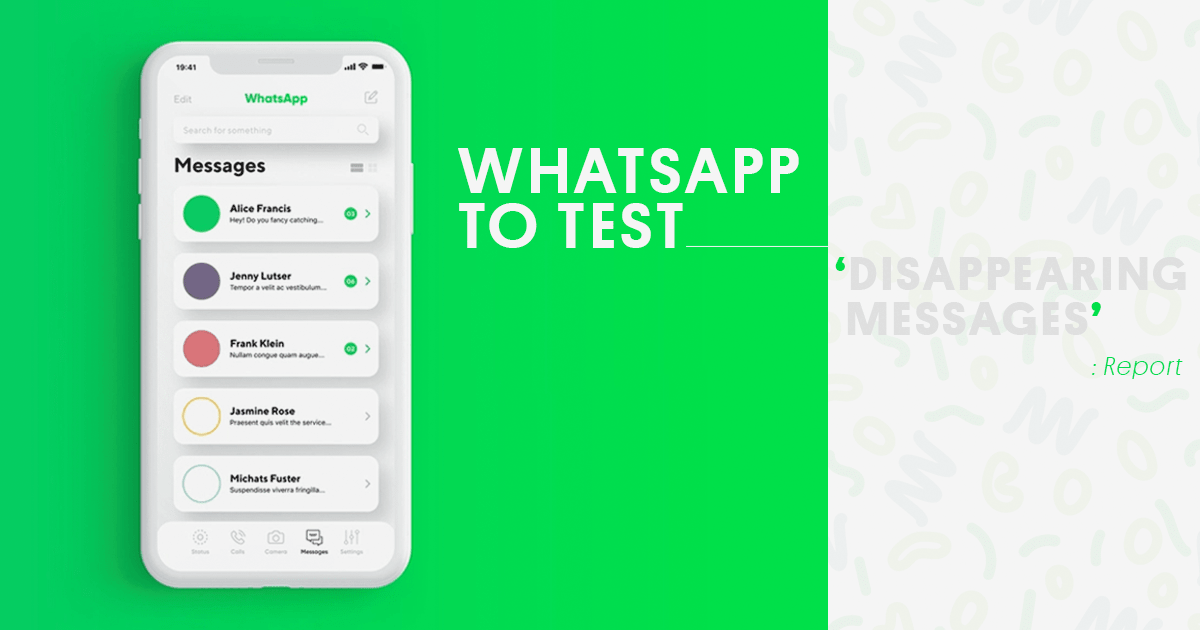 WhatsApp, a messaging app has been testing disappearing messages feature to launch on Android for now. This update will allow users to choose how long a message they send can stay visible to the receiver before it is automatically deleted. If the feature sounds familiar is because Snapchat has a similar feature, but the message disappears immediately after viewing unless you save it.

The WhatsApp feature is a little different in regards that the users here can choose how long the message they sent to the contact will remain visible before it automatically deletes. The options are one hour, one day, one week, one month and one year.

The said feature will be available for both individual and group chats. On enabling the disappearing feature, a clock-like icon will appear on the message bubble.

There was a piece of news last year that a vulnerability in WhatsApp has been used to plant spyware by various sources on victim’s phones, which included 121 Indians. In lieu of such incidence, WhatsApp is planning to make changes to its encrypted messages so the users have all their privacy and their information is not misused.