Whatsapp To End Its Support For Windows And Older Android

Whatsapp To End Its Support For Windows And Older Android 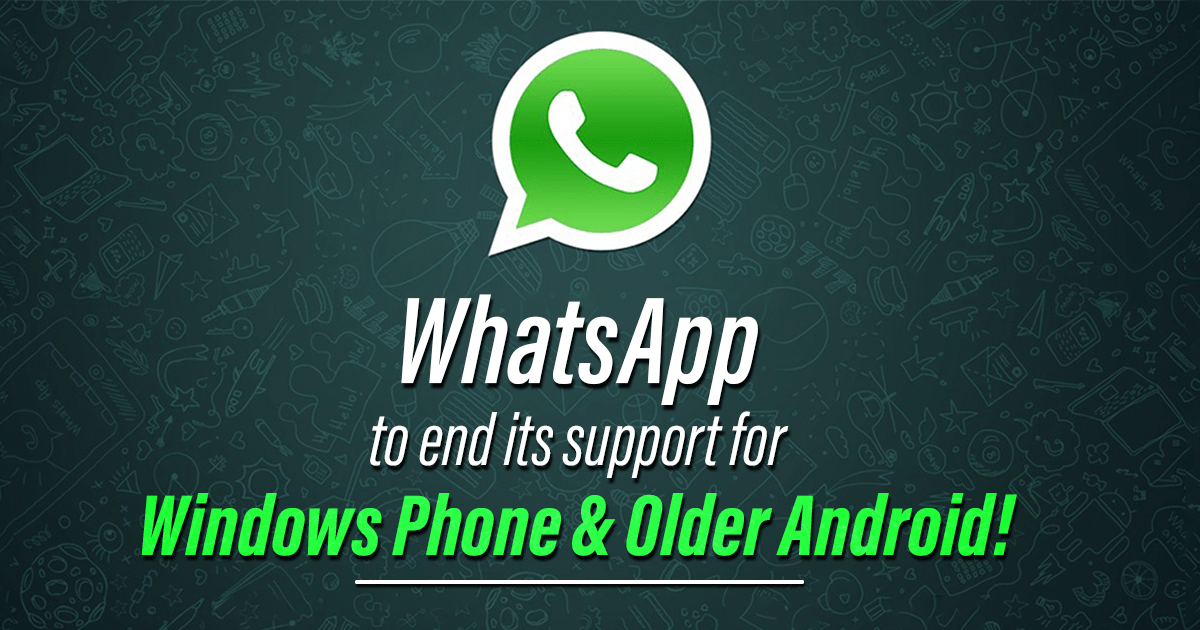 On official support blog for WhatsApp, there has been a mention that it will not be allowing account creation or re-verification of existing accounts on Android versions 2.3.7 and older and also iOS 8 and older. February 1, 2020, will be the last day that WhatsApp will be working on these devices.

This is the time to upgrade your mobile phones. No! we are not telling you to but WhatsApp in its blog has informed that the WhatsApp users on Windows Phone OS or older Android OS may have to finally move to a modern device as all the messaging service will not be functional on older platforms after December 31, 2019, and rest services will be shunned by February 1, 2020.

In the official blog for WhatsApp, it notes that WhatsApp will no longer allow any new account creation and re-verification of any existing accounts on versions like- Android versions 2.3.7 and iOS 8 and older. The messaging service has already been closed and the entire app will be closed on these older devices by February 1, 2020.

WhatsApp has already stopped its services on Microsoft on July 1, 2019. The users are highly recommended to use the devices with Android OS 4.0.3+ and newer and iPhone 9+ and newer, select phones running Kai OS 2.5.1+ will also be functional.