“We Will Get Internet Alive For Every Indian”, Said Vikas Agnihotri, Google Indian

“We Will Get Internet Alive For Every Indian”, Said Vikas Agnihotri, Google Indian 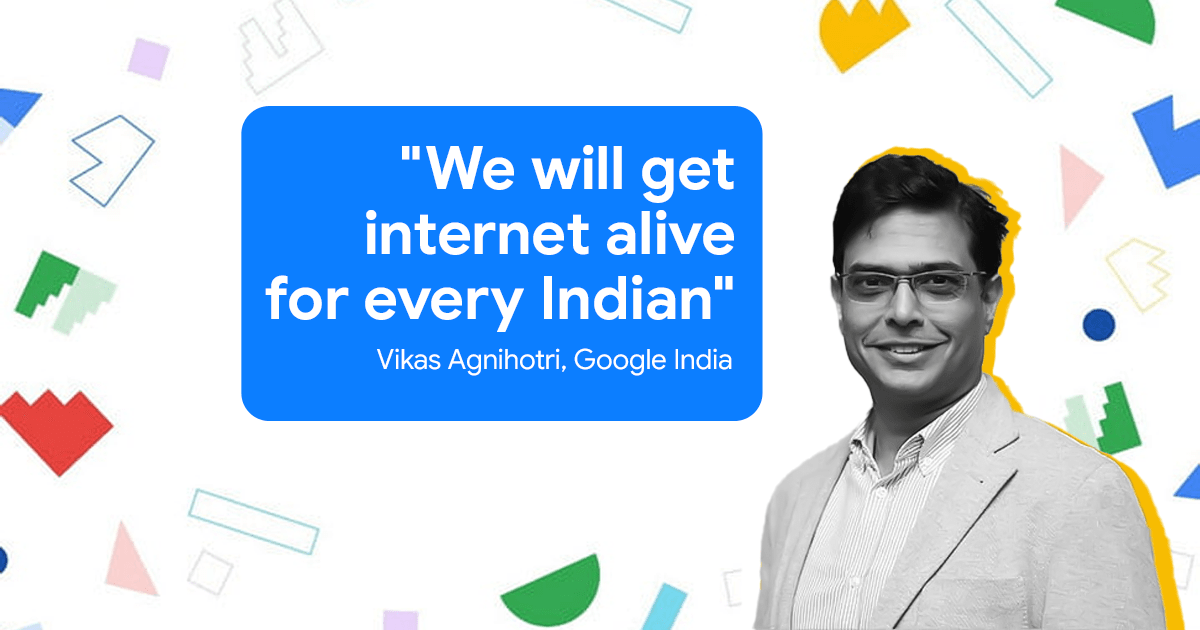 While being in a conversation with a NEWS channel, Vikas Agnihotri, Country Director-Sales, Google India, shared insights on the impact of Internet Penetration and change in buying behaviour was studied.

Google has been constantly working towards making the internet accessible to everyone, especially its audience in India. Google wants every Indian to have access to the internet and to drive the digital growth in the country, says Vikas Agnihotri, Country Director – Sales, Google India.

A new study has been conducted by Google and IPSOS to map the impact of the internet and shoppers behaviour in India. He also explains further the influence of the digital medium across different stages of an urban offline shopper’s journey.

Agnihotri, in an interview, added that there are three essentials that the internet needs to reach out to every single Indian and those are- language, voice and video.

We only have 460 million users currently, which is less than half the population that is online.

Once we have crossed the first 250 million people, for every 100, the next 100 million that has just accessed the internet, the reason for staying on the internet is different. So, each one of us has to evolve completely in terms of technology and the content that has to be brought to the next set, for people to stay on the internet and engage with the internet.