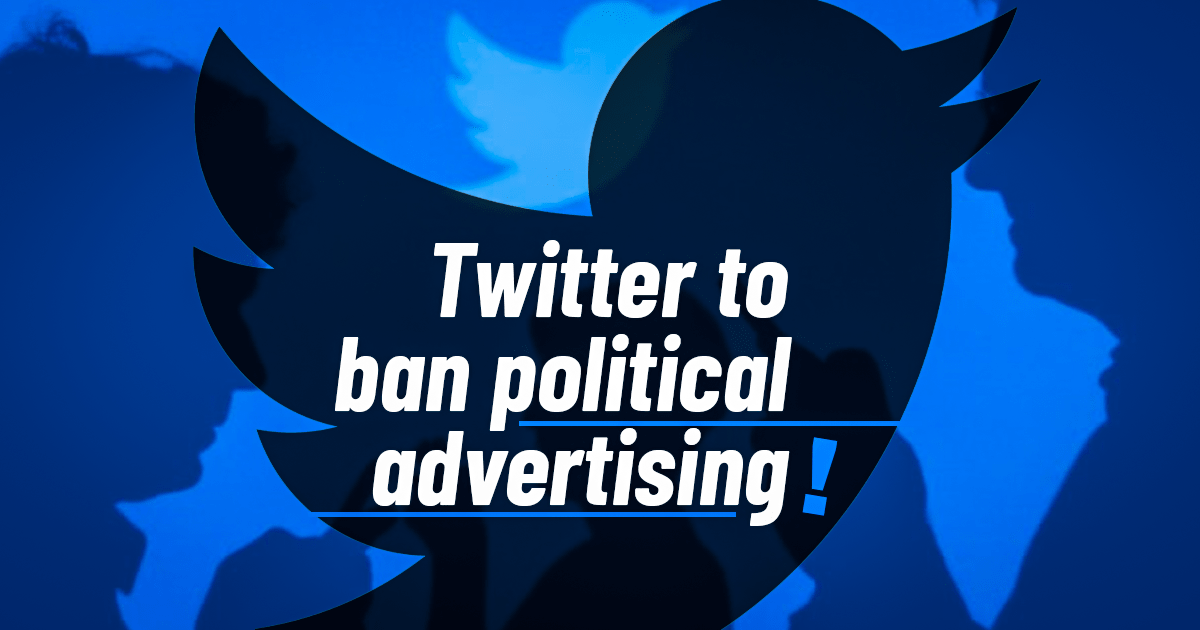 Twitter CEO Jack Dorsey has stated that the company is in talks to ban political advertising as it could be a challenge to civic discourse and the means to check the spreading of fake information can be tough.

The decision was said to be influenced by witnessing the intense scrutiny faced by the rival social media platform- Facebook. A lot of flak has been thrown on the way of FB, as it has been helping political parties to promote false claims in the wake of Congressional hearings this month in the United States.

Why this piece of NEWS important for the Indian market?

Principally talking, it is a great and ethical move. In one of the conference, Dorsey stated that political message reach should be earned and not bought. Since most paid promotions happen on the rival social media platform and twitter is for the personal comments, the move is not going to affect India as it should be. However, if Facebook and Google follow suit, the impact will be enormous.