Twitter released its quarterly earnings for Q4 and fiscal year 2019

Twitter released its quarterly earnings for Q4 and fiscal year 2019 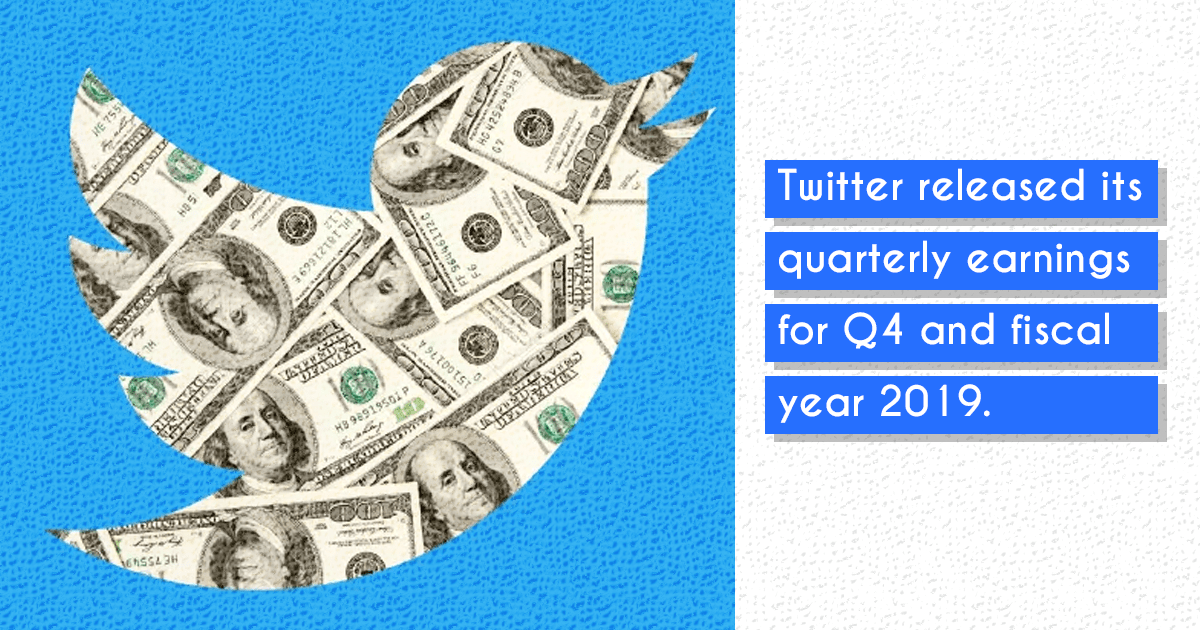 The micro-blogging platform’s total revenue has been recorded at approximately $591 million and its total advertising revenue of $885 million for Q4, up by 12%.

The Average Monetizable Daily Active Usage (mDAU) of Twitter has been recorded to be 152 million in Q4, which has increased by over 21% year-over-year.

The financial report shows that revenue has reached $1.01 billion, which is a massive increase of 11 percent. It reflects steady progress on revenue products and solid performance across most major geographies.

Further, the microblogging site’s total revenue stands at $885 million for Q4 2019, again, a hike of 12 percent. Data licensing and other revenue has come to a total of $123 million, a significant hike of 5 percent.

All these impressions are driven by audience growth and improved clickthrough rates. Moreover, Twitter’s total advertising revenue has been recorded at $591 million, which is a hike of 17 percent by 20 percent in advertising revenue. The total ad engagements have increased by 29 percent.

We have launched the Twitter Privacy Centre in Q4 to put more clarity around what we are doing to secure and protect the information users share with us,” Twitter said in a statement. Further, it added, “The microblogging site and its security measure is a central place that hosts everything that is part of each one of our privacy and data protection work. Like related initiatives, announcements, new privacy products, and communication about various security incidents.”

“All of these security measures have made it a lot easier for users to look and learn more about the work we are doing to keep their data protected, including what data we collect, how we make use it, and the controls the users might have.”