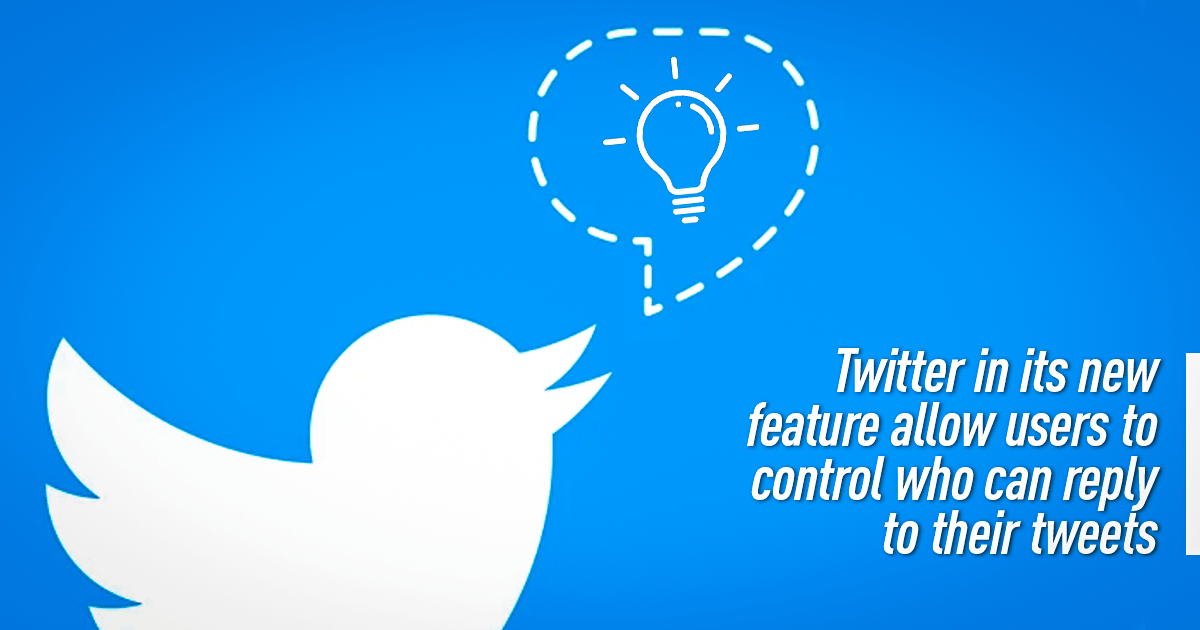 The new feature comprises of four panels and each gives users the control over who gets to reply to their tweets.

With ongoing several incidents, there is an abundance of toxic conversations on social media. So, in an attempt to curb negative tweets, Twitter announced the rollout of a new feature that helps in preventing users from replying to certain tweets. The latest setting has four options: Global, Group, Panel, Statement.

While the feature will clamp down bullying and abuse on the microblogging site, but users have expressed their concern that this latest feature might stymie any other efforts to call out any fake news on the site.

In a statement, Twitter has announced that the feature is still in its testing phase and the complete feature globally will be available only when the testing is successfully completed, until then, only select users may have it.

The very first setting will start in a few months and during that time, each tweet will be monitored closely for feedback.