The history of marketing

The history of marketing 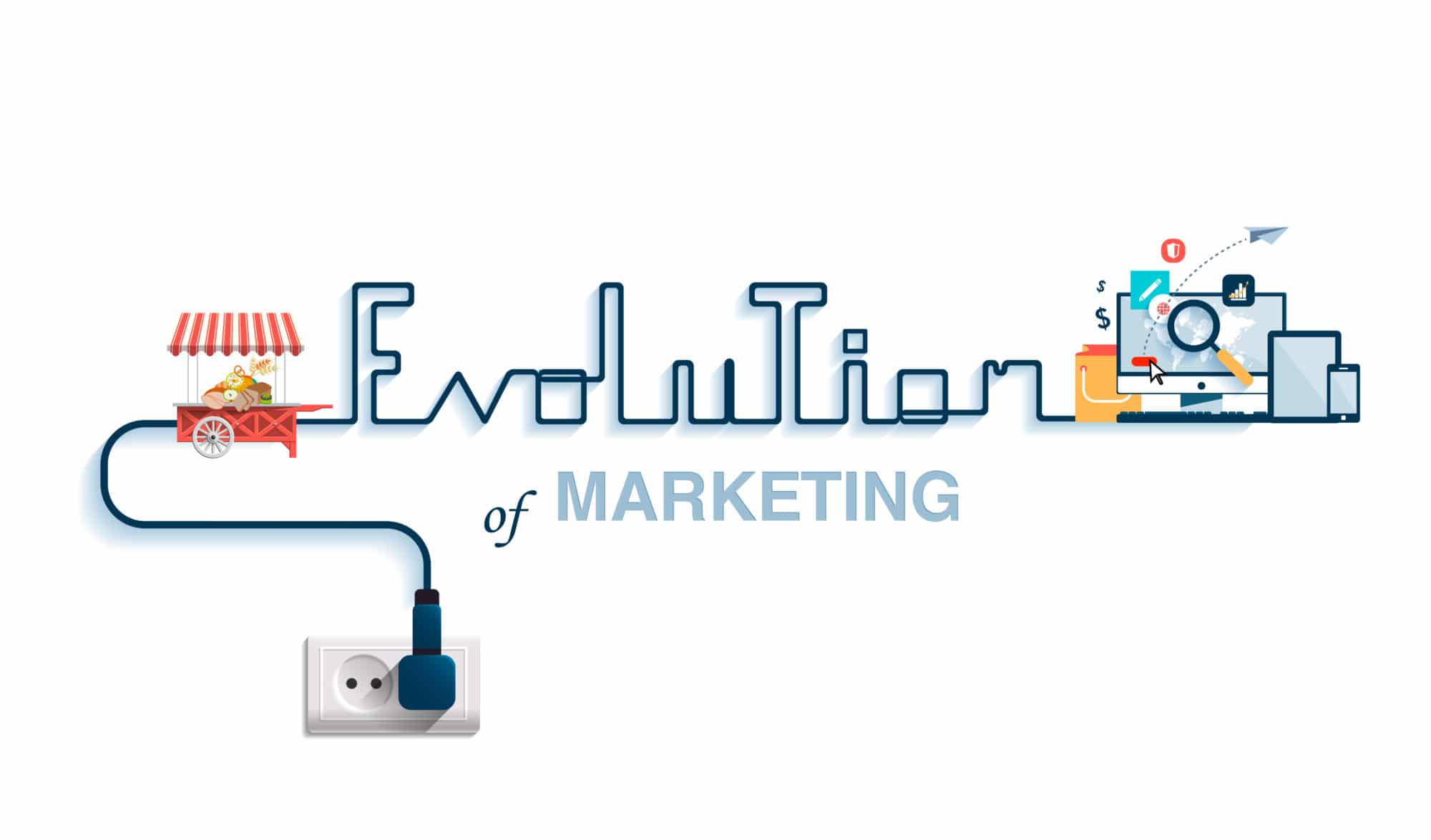 This is hard for many to believe, but compared to the economy, production and operations, accounting and other sectors, marketing is a relatively young discipline that emerged in the early 1900s. Before that time, most of the issues that are now commonly associated with marketing were either considered to be part of the basic concepts of the economy (e. g. pricing was considered a simple matter of supply and demand), advertising (well developed in 1900), or, in most cases, simply not yet explored (e. g. customer buying behaviour, the importance of distribution partners).

Led by marketing specialists from a few major universities, the development of marketing was mainly driven by the need to analyze more closely the relationships and behaviors between sellers and buyers. In particular, the marketing study led sellers to recognize that certain strategies and tactics could benefit the seller/buyer relationship. In the old days of marketing (before the 1950s), this often meant identifying strategies and tactics to simply sell more products and services without worrying about what customers really wanted. Often, companies adopted the principle of “selling as much as we can” with little interest in building long-term relationships.

But from the 1950s onwards, companies saw that old sales methods were being used with customers. As competition had intensified in most industries, organizations turned to the buyer side of the transaction to find ways to improve. And they have discovered something new: the key factor for successful marketing is understanding customer needs. It follows that marketing decisions should be based on knowledge of the customer and their wishes. Only then should an organization begin the process of developing and marketing products and services.

The concept of marketing continues to underlie most commercial efforts, although the concept has its own problems (e.g., does not help much to commercialize new technologies) that are outside the scope of this tutorial. But on the whole, marketers now know that their work is more than just encouraging customers to buy more. They need to understand who their customers are and what they want.

After this brief description of the marketing concept, let’s look at the major developments over time:

1450 – 1900: This period saw the appearance of printed advertising.
1450: Gutenberg invents a type of mobile characters that allows mass printing for the first time.
1730: Magazines appear as media
1741: The first American magazine published in Philadelphia with the first marketing communications
1839: Appearance of the first posters to present a product
1920 – 1949: New media appear

1954: Television as income exceeds magazine and radio as sales. Radio advertising revenues fell by 9% after a 2% decline the previous year. Television revenues rose from 5% of total advertising expenditure in 1953 to 15% in 1954.
1970: Telemarketing appears to be a common tactic.
1972: For the first time, print media felt the decline in outbound marketing. Time Incorporation closes Life magazine after 36 years. Time Incorporation cites competition from television and the prospect of higher postal rates as factors in its disappearance.
1973 – 1998: The emergence of digital marketing. New technologies continue to change the marketing landscape, allowing new forms of marketing to gain strength and maturity.

1973: On April 3, 1973, Motorola researcher Dr. Martin Cooper made the first mobile phone.
1981 – 1984: IMB creates and develops the first personal computer. Three years later, in 1984, Apple launched its mega success: the Macintosh with an ad during the Super Bowl. The ad cost $900,000. Advertising reach: 46.4% of American households.
1985: Print advertising is facilitated by the emergence of personal printing and the computer, which leads to its explosion. The newspaper as income in 1985: $25 billion.
1990 – 1994: The mobile phone. Advances in the 2G mobile network preceded the explosion in cellular telephone use, paving the way for advances such as SMS messaging, which arrived in 1992. Television is replacing newspapers as the country’s largest advertising medium.
1990- 1998: Total advertising revenues for cable television increased from $2.4 billion to approximately $8.3 billion.
1994: In April 1994, the law firm Phoenix Canter and Seigel announced its services by publishing a message on several thousand groups. This is probably the first example of large-scale automated and commercial spam. It is also the incident that makes the term popular.
1995 – 2002: New technologies continue to emerge and are being adopted by a wide audience. Mobile phones are becoming more widespread and the Internet is becoming a viable tool for business, opening the door to an explosion of marketing.

1995 – 1997: Search marketing. Launched the Yahoo & Altavista search engine in 1995, followed by Ask.com in 1997. These services help users find the products, information and services they want.

Number of people using the Web and doing research:

December 1995: 16 million (0.4% of the population)
December 1997: 70 million (1.7% of the population)
1995 – 1997: SEO. The first use of the term “Search Engine Optimization” was recorded in a multimedia marketing group by John Audettes. Currently, search algorithms are based on information provided by webmasters, such as metadata, keyword density and other page factors.

1998: Research is evolving. Google and MSN launch a new search engine. Google introduces PageRank, which is the metric Google uses to determine how websites should be ranked. It depends on the quality and strength of the incoming links. These factors, as well as the pages, are used to determine the results obtained.
1999: 1999: 1999: Blogging emerges. Brad Fitzpatrick started LiveJournal in March 1999. Evan Williams and Meg Hourihan launched Blogger.com in August 1999, later bought by Google in 2003.
2000: the bubble burst. Technology-related growth is reflected in a 500% increase in the NASDAQ index, which is considered an indicator of the performance of technology companies.

The era of Inbound Marketing:

After the bursting of the Internet bubble, the Internet enters a new era, characterized by a greater emphasis on information sharing, user-centred design and collaboration. This new trend is leading consumers to engage with brands through the media. Instead of simply pushing online consumer advertising, the benefits of creating value for customers and earning their business are beginning to take root.

2003: Fight against spam. Email users win big against the spammer when the act of spammer is signed into law by George W. bush and sets the first national standards in the United States against sending unsolicited commercial email.
2003 – 2004: LinkedIn and Myspace was founded in 2003. In 2004, it is time for Facebook to launch its platform.

With regard to telemarketing, consumers are even more disillusioned by the invasive tactics of outbound marketing and see the “National Register of Telecommunications Numbers” excluded.

2005: Google launches customized search results based on your past search history. In November, Google launches Google Analytics. Demand is so high that new registrations are suspended after only one week. It will be available in August 2006.
2006: Launch of Twitter. Amazon’s sales amounted to $10 billion in 2006 and nearly $25 billion in 2009.
2007: 295 million subscribers on 3G networks exist worldwide, popularizing music and video streaming. This still represents only 9% of the total number of subscribers worldwide.
2009: Google launches real-time search results.
2010: 90% of emails are SPAM. Inbound Marketing is 62% cheaper than outbound marketing.