The brand that lives in people’s hearts and minds

The brand that lives in people’s hearts and minds 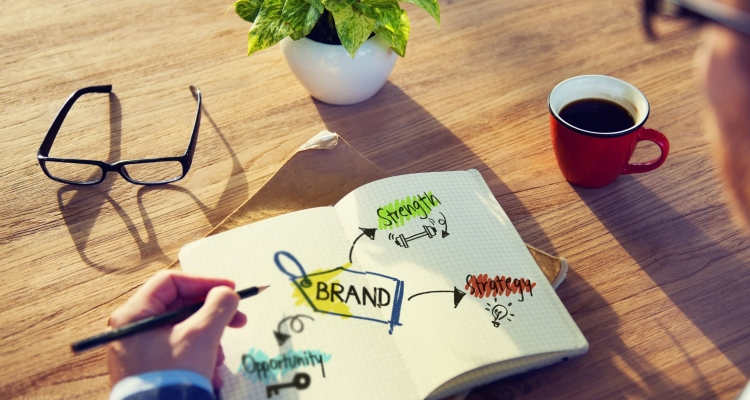 In a word, your brand corresponds to the way your company is perceived by ordinary people. It is an emotional expression of your values, carefully thought out, that people will carry in their hearts and minds. Branding is a series of actions you will undertake to cultivate your brand. When properly implemented, branding becomes a symphony of designs, language and experiences, each more beautiful than the next, associated to cultivate a precise feeling. For example, Apple is probably the most successful branding archetype in the world.

“People talk about technology, but Apple was actually a marketing company,” former Apple CEO John Sculley told The Guardian (Newspaper) in 1997. It was the most remarkable marketing venture of the decade. No one understood that better than Steve Jobs. By rejuvenating the brand with a number of stylistic changes, ambitious messages and targeted advertising, he managed to bring the company back to life in the 1990s, then on the wrong track.

Most importantly, Steve Jobs understood that the success of a good marketing strategy depended on its consistency and simplicity. Two powerful elements to create a strong and lasting psychological connection with consumers. People know what to expect with Apple products.

Although this may seem vague and unreachable, it is important to understand that branding is not out of reach. Any company, large or small, can proactively develop and create a positive brand image. Ideally, this is a process that should begin at the outset of the business, as it is very difficult (but not impossible) to change the public’s impression of a business afterwards. In the words of Steve Jobs himself: “the opportunity to leave a mark in people’s minds is the essence of marketing.

Why branding is essential?

Brand or be branded – if you do not define your brand yourself, the law of the market will take care of it for you. And not sure you like it! This is the most compelling argument for a proactive branding approach, but there are other excellent reasons to start:

Branding helps you stand out from your competitors

If you work as a graphic designer and are thinking about buying a new computer, we’re willing to bet that the first thing you do is go to Apple’s site. In fact, the famous apple has spent almost as much time cultivating a positive image of itself as perfecting its superb intuitive and functional interfaces. You’ll probably choose a MacBook without even taking the time to look at the competition because you don’t feel like anyone else is doing the same on the market. Why? Because Apple’s advertising campaigns convinced you that their computers were the best. This shows that branding encourages customers to choose one product or another when they have to deal with several products that are very similar to each other.

Branding strengthens the value of your offer

There is a reason why people are willing to pay more to have an Apple brand product. Branding adds value to your products, they go from the status of simple merchandise to that of unique object. Which justifies a higher price. Apple’s “1984” campaign not only set the trend in ads created specifically for the American Super Bowl, but it also allowed the company to sell its computers more expensive than its competitors. Since then, all their campaigns have taken up the same message and presented Apple as the symbol of visionary counter-culture, in contrast to the other contenders in the computer market, who are dull, conventional and boring.

Branding establishes an interpersonal connection with your customers

Narrative art will allow you to establish an emotional bond with your clients. For instance, innovative campaigns and strategic product placement with celebrities have allowed Apple to capture people’s imaginations and ultimately make them dream.

A topic that especially appeals to young people, but above all, that allows everyone to identify with themselves, whatever their nationality.

Apple’s marketing strategy is primarily focused on the consumer. This can be seen on all fronts, from the exceptional customer service provided by the “geniuses” in the brand’s stores, to the transparency and honesty that the multinational shows in all its messages, even when it comes to admitting mistakes. The second thing that allows Apple to retain its customers is its ability to present its products as essential objects. The iPhone has never been the most revolutionary smartphone on the market, but by offering simple and functional integration on all its related products, Apple has managed to take first place in our minds.

Ultimately, marketing is the process that allows you to earn leads and make sales, but branding is the foundation on which you will build your reputation and retain your customers. Whether you are an industry giant or a small start-up company, a good branding strategy is, of course, a secret weapon to use in maximizing your success.