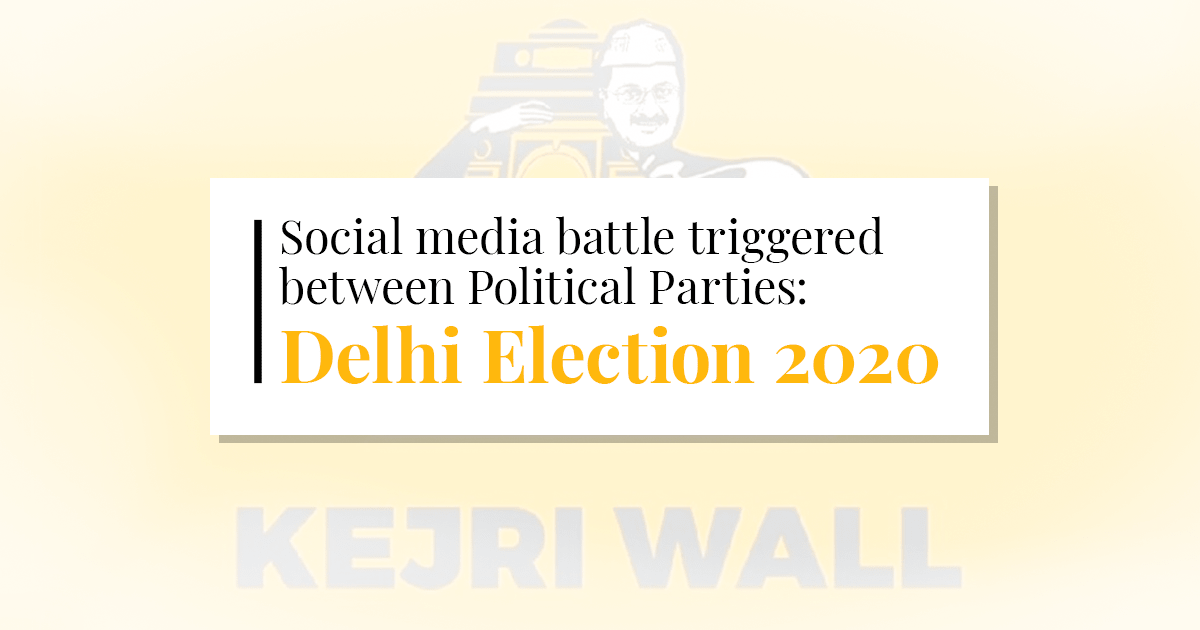 The exit poll has triggered the political parties to take their fights to social media, sparring over who will rule Delhi for the next term.

Which party according to you should win the battle of Delhi? This is probably the only question on the minds of people everywhere in Delhi and across India for the last few days. The day of reckoning is about to finally arrive and we all will have an answer and a new Chief Minister of Delhi.

While Delhi Election results are just a few hours away, political parties have already started spamming social media space by sharing their insights on exit polls. Not just political parties, netizens have also started making assumptions about the results and started posting already.

Congress has accepted its defeat even before the results are announced, AAP, BJP and their respective supporters are startled about the verdict.

The exit poll clearly indicates the win in the favor of AAP, and their party supporters are naturally elated. Excited AAP fans have been sharing memes, posts and tweets to revel in their pride.

The battle of memes is intense on all social media platforms, with thousands of retweets and likes. Netizens are having a great time watching political leaders and parties indulge in ‘modern’ platforms for expressing their views and opinions.

This is how important social media is in today’s day and time. Every information travels faster than the light and everyone has a view to share.