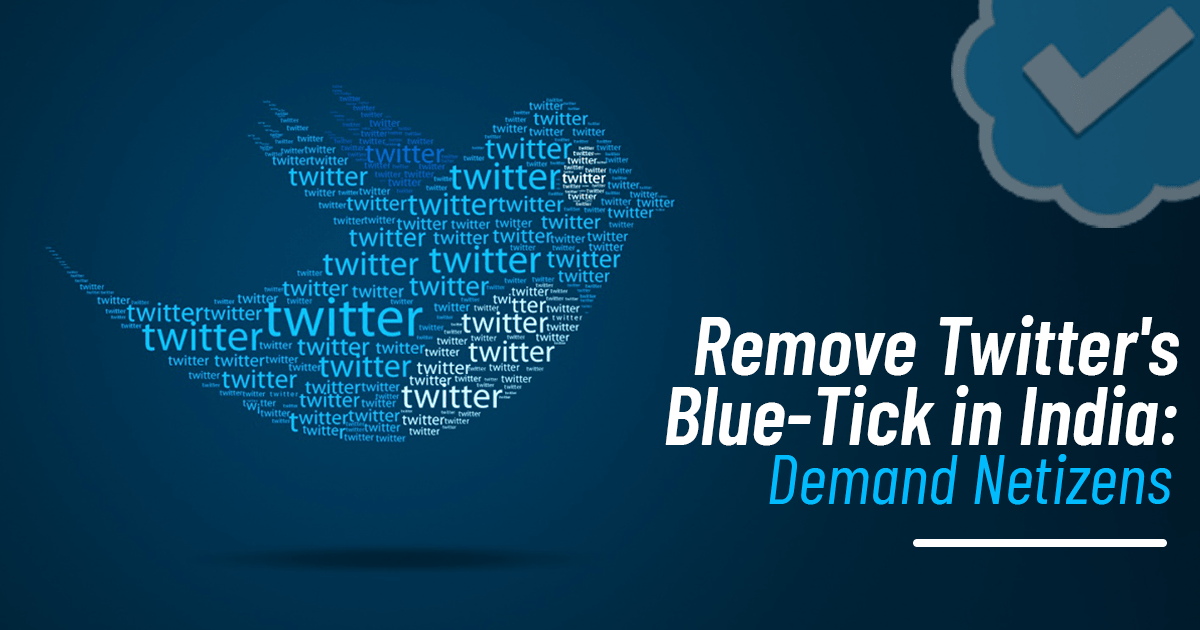 The row started after Twitter released a statement saying that accounts of the underprivileged group will now have a blue-tick. Netizens were furious and believe that this might further escalate the class division in the society, which already is quite prevalent.

Hashtag#cancelallBlueTicksinIndia has been trending from the past one week and the matter is only escalating.

In a statement last week, a Twitter spokesperson said the platform’s “commitment to inclusion and diversity is fundamental to who we are at Twitter and crucial to the effectiveness of our service”.

The social media giant’s spokesperson denied the allegations and said it has “one set of Twitter Rules” for each member of the community.

“To be absolutely transparent, we have one set of Twitter Rules and we enforce our policies judiciously and impartially for all individuals — regardless of their political beliefs, religious ideology, professional position or background,” he further added, “We have ongoing efforts to provide local market context when developing and enforcing our global policies.
We extensively cover gender and religion (including caste) in our training, to provide reviewers with the local context that they need to evaluate content. Our Hateful Conduct Policy prohibits behavior that targets people that needs support in being protected”