Over 100 Billion Messages Sent Over Whatsapp On New Year’s Eve, A New Record

Over 100 Billion Messages Sent Over Whatsapp On New Year’s Eve, A New Record 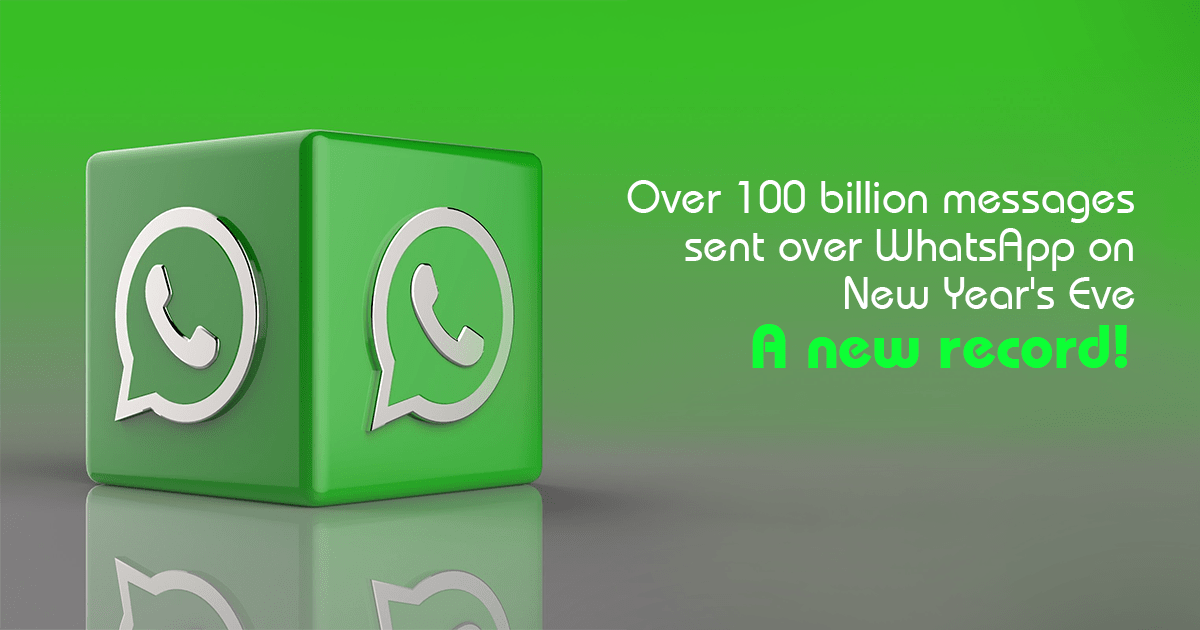 If this isn’t shocking enough, India sent one-fifth of the total messages, breaking yet another record and showing the world how digitally advanced we are.

WhatsApp is the biggest messaging app on the planet (or maybe Universe), it clocks insane amount of message and media exchanges each day. But Tuesday is the New Year’s Eve, broke all kinds of record that have ever been standing since the inception of the giant messaging app about a decade ago.

The net global volume of the messages exchanged through the platform on one single day is highly impressive but the contribution of Indians cannot be denied here. One-fifth of the total global exchange happened in India itself. This shouldn’t be surprising, given the fact that the largest share of WhatsApp users are Indians. The number seems to be only growing at a rapid pace.

WhatsApp in the report states that the most popular feature of the app is exchanging texts (obviously), followed by status, picture message and then calling (voice & video). Voice notes are the most underutilized feature.