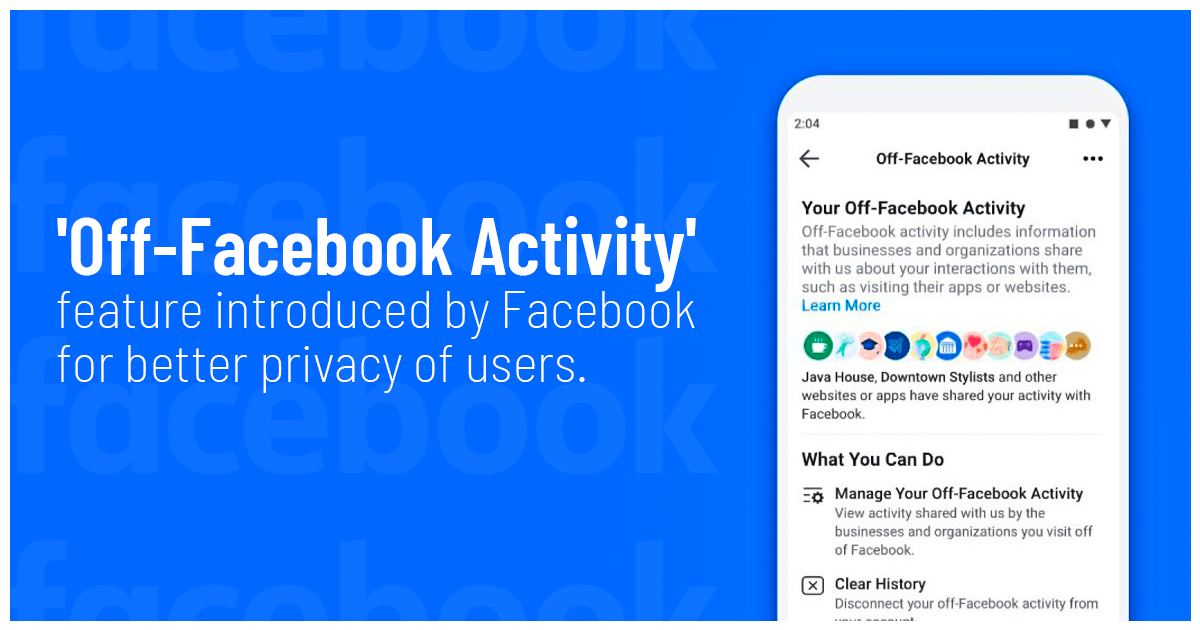 The new feature allows all social media giant users to exercise control over the amount of data that is shared with businesses.

Facebook has been trying to tighten the security on the platform by introducing a new feature called ‘Off-Facebook Activity’. The new feature gives the user control over the information that can be used by third-party apps. With the help of this feature, users can now view the entire summary of the information that is received based on their activity on various other websites and apps. Users have a choice of disconnecting the information from their account and they no longer will be associated with them.

On January 28 this feature was rolled out to mark Privacy Day celebrated globally.

Usually, the ads are what make the internet free for users, which includes Facebook. In a post, the Facebook spokesperson explained that it often receives data from businesses gathered from users’ online activities. Then, the same information used to help a business find the target audience. With that being said, disconnecting information from Facebook does not mean that the users will stop seeing the ads on their timeline, however, they will be less personalized to the users.

Mark Zuckerberg, Facebook founder, and CEO has reached the audience through direct communication. He explained that the objective behind the rollout is to build much stronger privacy protection for everyone on the platform.

He further added that the Off-Facebook Activity will add a new dimension of transparency and control.