In A Bid To Prevent Misinformation About Corona-virus, Facebook Will Take Strict Action Against Misleading Ads

In A Bid To Prevent Misinformation About Corona-virus, Facebook Will Take Strict Action Against Misleading Ads 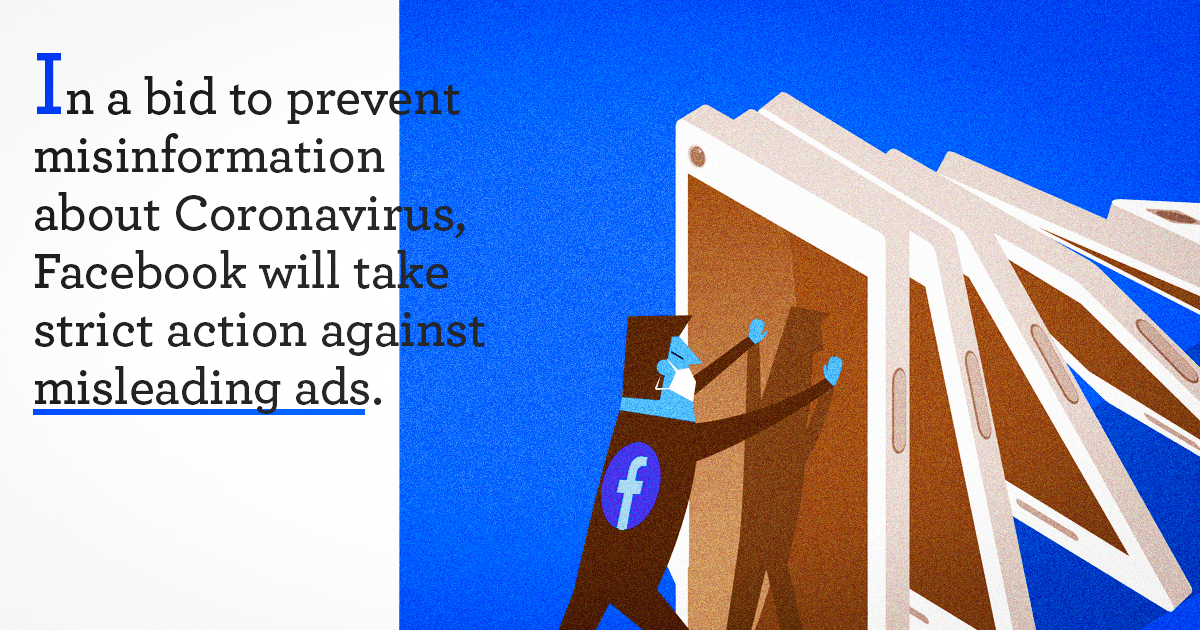 According to reports floating around, the social media giant has also rolled out similar policies for its Marketplace platform.

Facebook has confirmed in a statement that it will prevent the spreading of misinformation and panic. In a statement released, the social media giant has said that it will take strict actions against misleading ads that spread panic about coronavirus.

Facebook will do so by targeting the ads that offer protection or cure against the virus, by creating a sense of urgency. Media reports confirmed that a similar plan has been laid out for the Marketplace platform as well.

A month ago, from now, the company has announced that it would do anything in their power to protect users from fake knowledge about the deadly coronavirus. The ads target will also be extended to Instagram. It is going to weed out any content that claims to offer a cure or prevention method.

Last year, there was a huge wave for pro-vaxxers and anti-vaxxers. Back then, Facebook took a similar stance against the content that would spread vaccine paranoia. The anti-vaxxers took over the platform and most information that floated was not backed by any research or test. Facebook has shut down any group or page preaching against vaccines.

However, there still were many anti-vax campaigns and ads despite Facebook’s declaration, which led to a lot of criticism. So, this time the company is being extra careful and have come prepared.