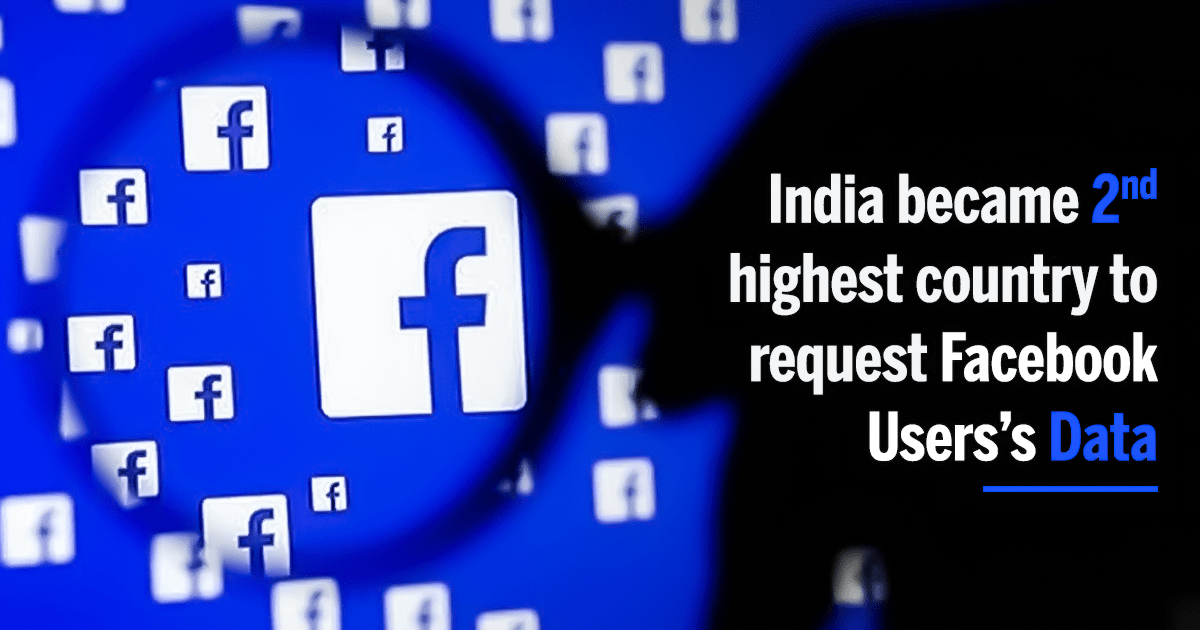 India is second to the US in requesting Facebook users” data.

November 15, 2019. There has been an increase of 37% in requesting Facebook to access user” data by the Indian Government in the first six months of 2019. It comes second to the US.

The precise number of queries the government requested was 22,684. However, the social media giant provided information for about only 54% of the request, according to Facebook’s Transparency Report.

“We always scrutinize every government request we receive for account data to make sure it is legally valid. This is true no matter which government makes the request. If a request appears to be deficient or overly broad, we push back and will fight in court, if necessary. We do not provide governments with back doors” stated Facebook.

Why this piece of NEWS important?

This came in light with Facebook declaring the Government’s incompetency to look for data and becoming laidback by relying on social media giant for major information tracking.

Going by the number of rejected plea to access users” data, it is essential to make a complaint and active team to track the activities of people in question.