Idiot Box Suffers A Major Jolt In A Smarter India

Idiot Box Suffers A Major Jolt In A Smarter India 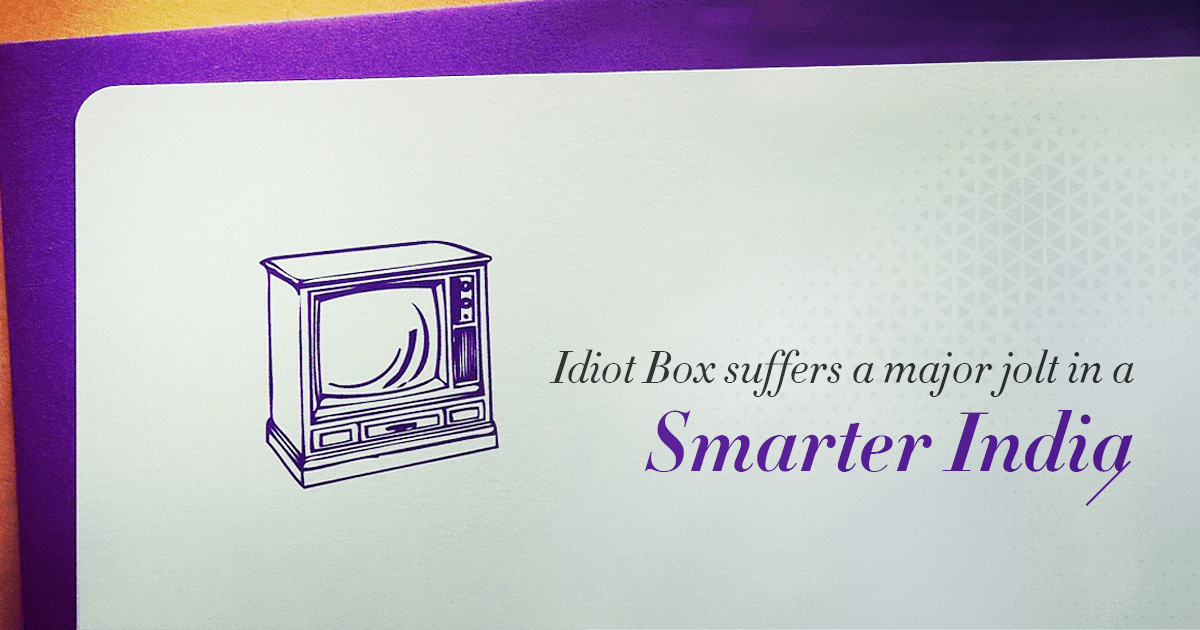 The shift in consuming content from Television to smartphones has affected the sale of the former. 2019 is the worst performance for the sales of TV has marked the popularity of over-the-top (OTT) services like Netflix, Amazon Prime and Hotstar.

Television sales saw the worst ever performance in the Indian market in the year 2019. The number of units sold fell in comparison to all other years for the very first time. The sales have declined over 4% last year compared to 2018.

Viewers opted to invest in a smartphone than to upgrade their television sets in urban and semi-urban areas with the popularity of OTT services.

The fall in this television sales has irked the Ministry of Electronics and Information (Meity). It wanted India to be the production hub of television and the sales suggest that the domestic volumes will not justify it.

However, a large population in semi-urban and small towns stills owns Television and is the biggest consumer of it. That is not changing in the near future, at least. Indian market is not all that saturated. But there is a need to build easier, less complicated TV sets for people in small towns.

The fallen rates of internet data for mobile phones can also be blamed for the poor sale of television.

According to some experts, the rise in the mobile internet prices might still not be able to boost the sales, since the shift from television to mobile has already begun, mostly in the urban areas. Time will only tell the tale of television.