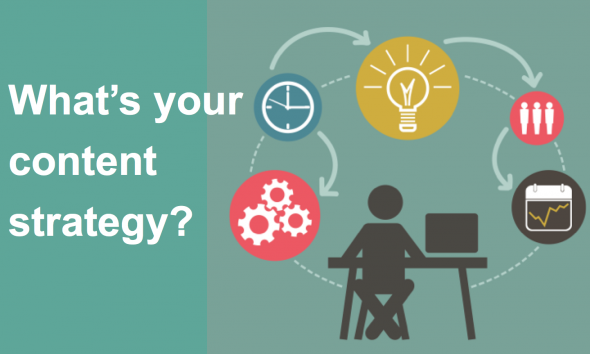 Editorial marketing? For some people, editorial marketing is synonymous with content marketing or brand content, but for some, it consists in producing and distributing content for its targets in order to make itself known, enhance its image or encourage action (for example, purchasing). Evangelization has done its work and most brands have now integrated this concept of editorial marketing. On the other hand, applying an effective editorial strategy is often more difficult.

Anna Todd, Mr. Jourdain of editorial marketing and a worldwide publishing phenomenon, writes her novels on her smartphone.

Anna Todd, a 25-year-old housewife living in Texas, publishes her texts via a platform, Wattpad, designed to read, post and comment on texts. These texts still available online will become the erotic-sentimental saga After, read more than a billion times online. This is followed by a 6-digit contract with an American publishing house for the publication of paper versions, and then its implementation in different countries. In Europe, sales will reach 1.1 million copies, the equivalent of 3 Marc Levy. And the adaptation on the big screen is already planned.

Married at the age of 18 to a soldier, Anna Todd mourned in a barracks life that her small side jobs could not brighten up. Her sunshine? Fans fictions about her favorite boy bands that are starting to emerge on Instagram, then Wattpad. Tired of waiting for new episodes of her favorite stories, she decided to write her own. On his phone. Without proofreading. A few months later, she spends 5 hours a day writing and 3 more hours interacting with her readers on social networks. And the first literary agents contacted her.

Looking back, what made Anna Todd’s success? Probably not her literary qualities. As she herself confesses, her ambitions as a writer are limited. She considers herself above all as a storyteller, does not reread herself before she put online and only corrects typos. The success is probably due more to particularly effective editorial marketing:

In other words, its ability to really interest its audience. Obviously largely correlated to its own knowledge of this audience. In Anna Todd’s case, there is a total, almost mimetic adequacy between the proposed content and the interests of her target audience. Especially since this strong proximity is further strengthened by the creation of a real community with which the author interacts on a daily basis. At any time, the content can be readjusted to the audience’s expectations.

A coherence whatever the channel used: digital book, paper book but also interviews, social networks, soon cinema perhaps. And a coherence with the brand image and the founding storytelling, the brand being the author here. A real strong editorial identity.

The regularity of the editorial flow.

From the beginning, Anna Todd’s compulsive writing without filters or validation processes allowed her to stick as closely as possible to the consumption rate of the content she was proposing. It is likely that once the success was proven and in a way “recovered” by the publishing industry, this initial marketing mix was completed and professionalized by a real PR strategy, influencing relays, nurturing via marketing automation, etc. And that the fundamentals already in place have been monitored and optimized.

The foundations of effective editorial marketing: quality content, of course, but supported by a real strategy.

Through the example of Anna Todd, we can see the importance of the quality of content production and distribution in her success story. What is less obvious but nevertheless real, and which in her case is the result of an intuitive approach, is the deployment of a real content strategy.

“People don’t buy what you do; they buy why you do it. And what you do simply proves what you believe.” Simon Senek.

Simon Senek has long theorized about the concentric circles of what, how and why.

We are not sure Anna Todd has read Simon Senek, but she has applied his precepts almost to the letter. She has established a very special relationship with her audience. Rather than meeting its needs, the reading contract it induces through the content it disseminates is of a different nature: it shares with it a new territory articulated around common expectations, motivations, interests and imagination.

Beyond the content she broadcasts, what Anna Todd does is to communicate first and foremost on the why of her publications. Because I’m a bored housewife… Because boys bands make me dream… Because I write what I would have liked to find to read… Because romances, soft eroticism and the fantasy of the redemption of bad boys by love make me dream… etc. Anna Todd writes for an audience that has the same dreams as her.

Anna Todd then pushed the nail in, also differentiating herself on the how. She is building a whole storytelling about her discovery and use of social networks, and how, almost improbably, she has been able to mobilize them to disseminate her content.

Do Anna Todd’s novels really differ from similar production? For the better? Not sure. But neither is it certain that at this stage, what is really contributing to its success.

Editorial marketing is a social and relational approach: it is aimed at an individual contextualized by its value system and builds a common territory between the brand and its audience, and goes beyond the purely transactional relationship.

Anna Todd’s real job today is not writing or telling stories. It is to federate a community through the content it offers, because that community recognizes itself in it. Anna Todd is now a Community trademark. As Lady Gaga had been, in another field, in her time.

At a minimum, 3 lessons can be drawn from Anna Todd’s international success in the publishing world. 3 prerequisites to be able to deploy an effective content strategy. 3 dimensions on which to use an editorial agency can be profitable in terms of ROI:

Have a clear understanding of why.
The affirmation of its identity, its values, its mission. And the good understanding of the proposed value proposition.
Maintain an intimate knowledge of your target audience.

Not only who she is, but what are the motivational mechanisms that drive her. Its values. Her culture, her desires, her beliefs, her opinions. Anything that will make the brand position itself in a position to interest it. Really.