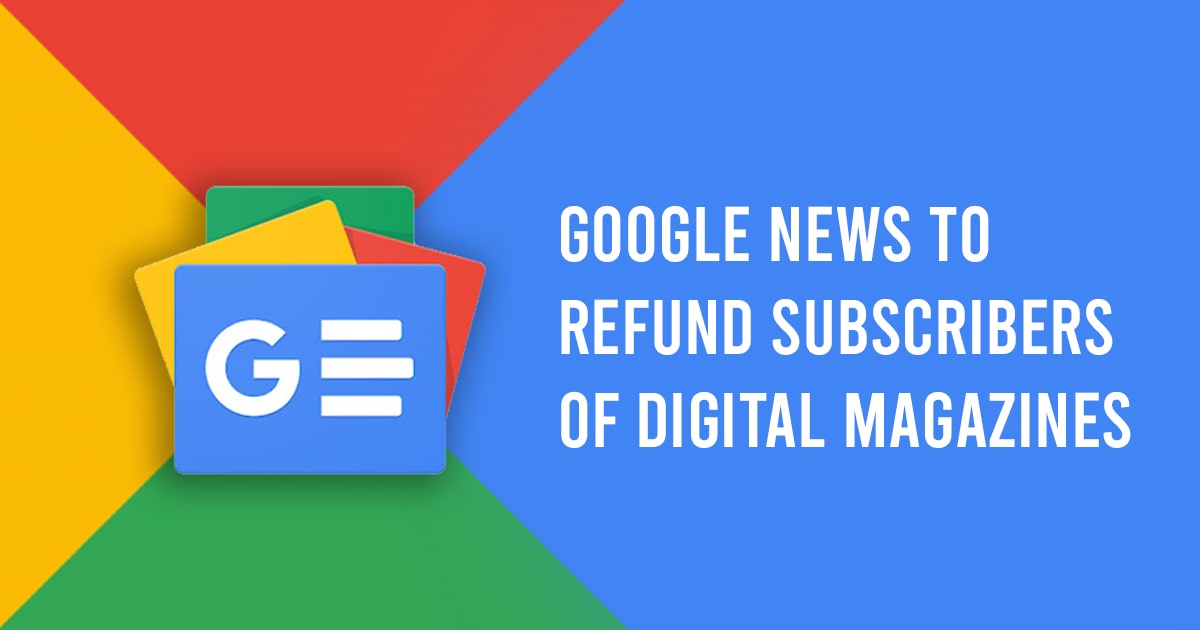 The magazine content by Google was started in the year 2012 on the Play Magazines app.

The tech giant, Google has been sending out messages to Digital Magazines users that they are closing the services as there is a lack of viewers. It also states that Google News will refund the full amount and the process has already been processed and there will be no issues coming.

The drastic step has been initiated after a survey by Google, where it was evident that people are not even reading magazines like Rolling Stone or Conde Nast Traveller and newspapers online. This lead to discontinuation of ‘print replica’ PDFs of magazines on its Google News app.

The print replica magazines are the PDF versions of print editions on Google News that could be viewed on smartphones or desktop. Once the readers were on the app, they still had access to the original magazine website, if they wished to read e-version of it.

The statement released by Google

“This notification is to inform our users that we are shunning the print-replica magazines in our Google News. Publishers may still continue to sell the content on Google News in the form of paywalled RSS-based publications – it is just the support for the sale of discrete digital files that are changing.”

Further, it adds, “Users will continue to having access to all the issues that were previously subscribed to in the Google News app, in the Following or Favourites tab, depending on the app version you use.”