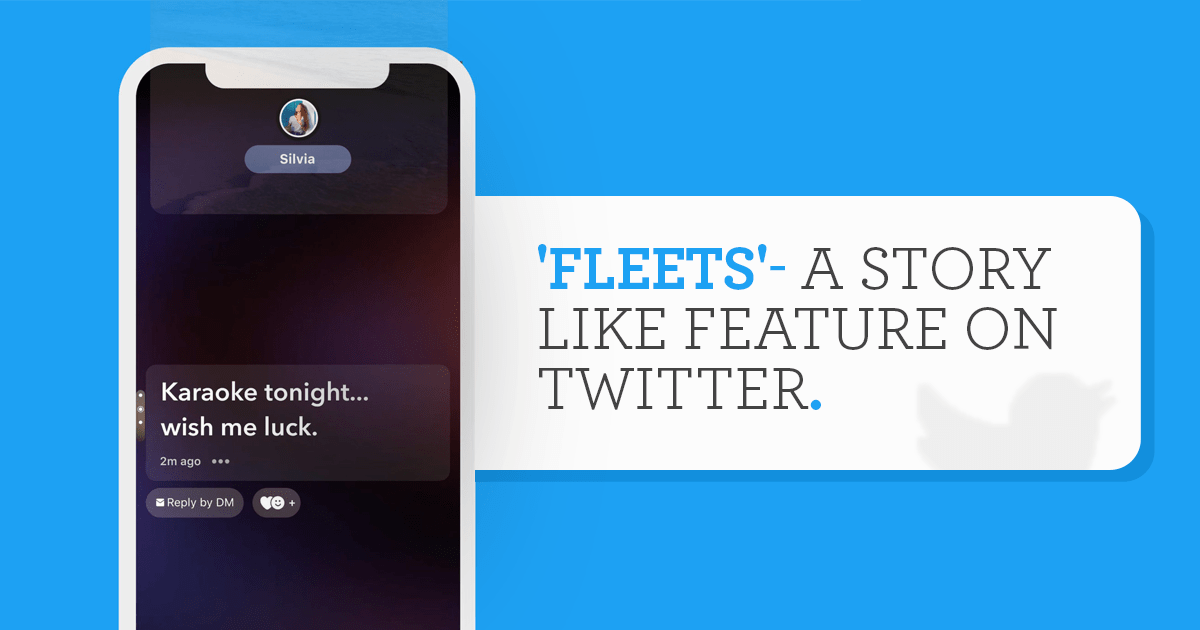 According to a media report, the feature ‘Fleets’ is underway testing and it will allow users to upload ephemeral content that is up to two minutes to twenty seconds long.

The ‘story’ feature, where the post lasts up to 24 hours and then disappear was first introduced to the general public by Snapchat. Soon after, Instagram, followed by Facebook and YouTube added this feature to their app. Twitter is the latest social media platform to dabble in ephemeral content. The microblogging site has announced that it will test out its own version of ‘Story’ or content that disappears after 24 hours in Brazil.

According to major media sources, the Fleets will not be a non-public feature, meaning, it will be visible only to users that visit the individual’s profile. However, unlike tweets, the Fleets won’t be able to receive likes or comments, also it wouldn’t show up searches or in moments. They also are non-embeddable.