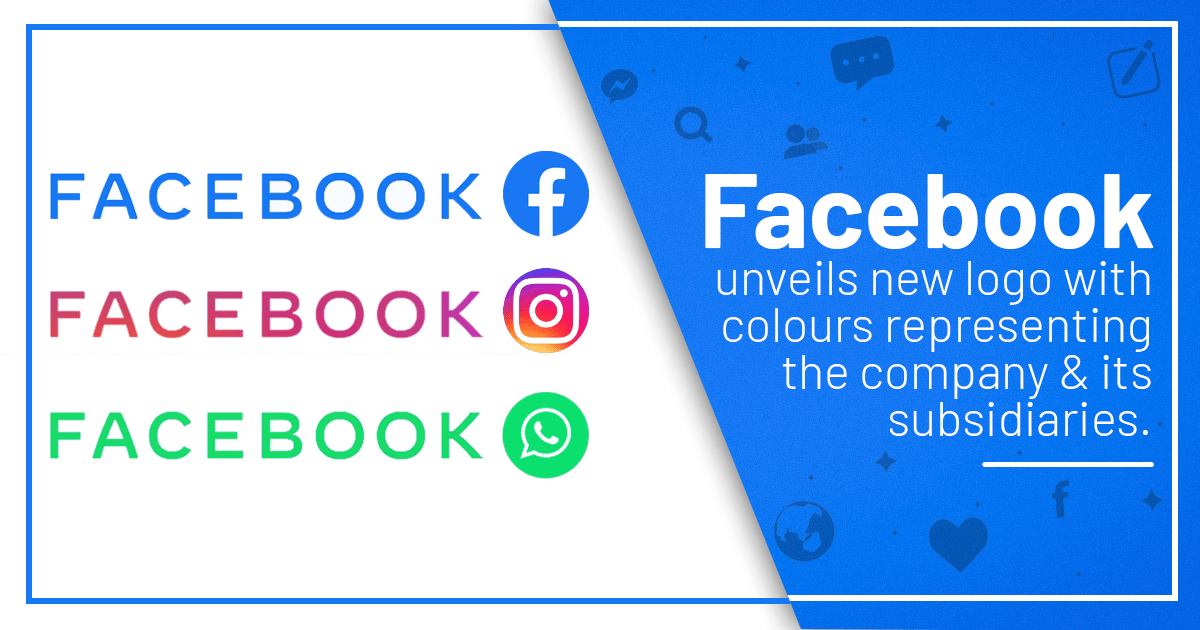 Facebook has promised all its user complete transparency, and the following the same, it has launched colourful logo that nods to how change is underway at the company and its subsidiaries.

On Monday, 4th of November, 2019, the company unveiled a new logo for Facebook Inc. to distinguish the corporate parent from its apps, including its eponymous media platform.

The new logo features- FACEBOOK, as it is in capital letters, and the colours alternates between blue, green and hues of purple, red and orange- these are all the colours representing other brands (Blue-Facebook, Green-Whatsapp, Red Orange and Purple-Instagram).

This move came in light so that FB can be clear and transparent about the apps the company owns. Facebook stated in a blog post on monday, “People should know which companies make the products they use”.

More On This NEWS

Facebook, earlier this year, laid out plans to integrate its messaging platform- Whatsapp, Messenger and Instagram, and make privacy a bigger issue. It started with encrypting the chats of any of the messaging platform that Facebook owns. This will help FB to cement its dominance in the messaging market over time.

The efforts come at a time when Facebook and other tech companies are facing heightened antitrust scrutiny. So, the move to announce new logo, representing each subsidiary brands comes with its promise to stay transparent.