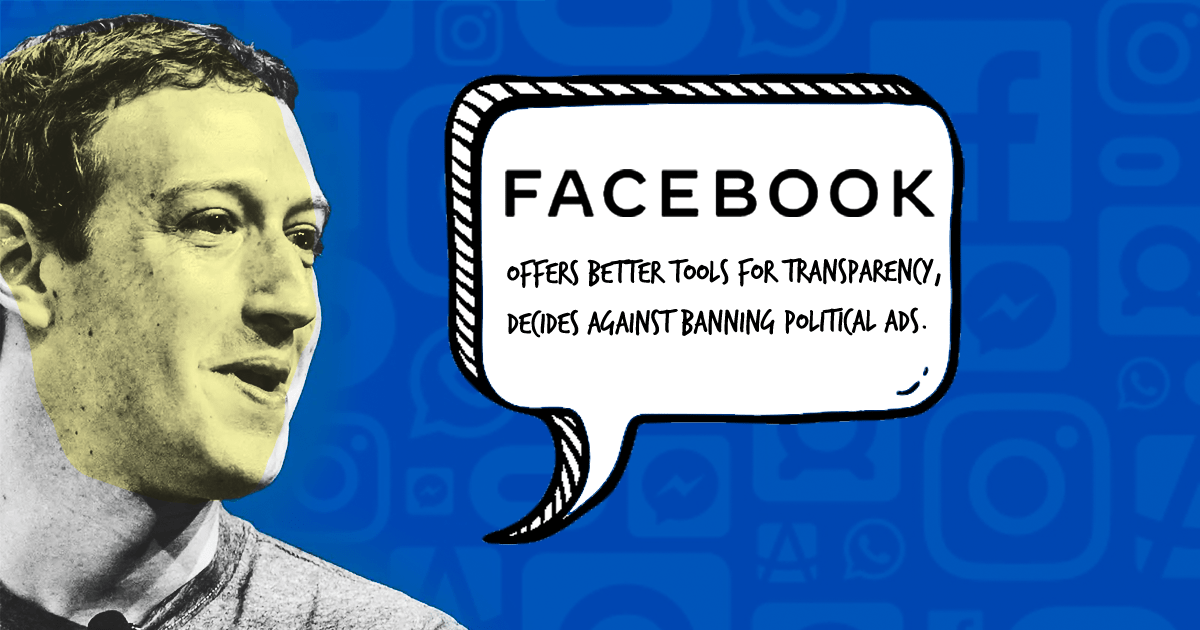 The social media giant announced a tool that gives users better control and makes advertisers more accountable than before and also has updated its Ad library.

Facebook in its official statement claimed that it has finally decided against limiting the political ads that were previously targeting the specific groups of people and also decided against banning the ads completely. The news surfaced after Google and Twitter recently banned political ads on their platform.

Facebook has decided that it will not take steps towards fact-checking these ads either, even as pressure mounts for the upcoming elections.

But it doesn’t mean that Facebook hasn’t taken any action for restricting content that might create chaos amongst the public. It offered more control over the ads that they see on the website. The statement released also mentioned that Facebook is going to update its ad library. It is a public tool that helps users to know more about political and social issue ads. The tool allows users to know that the ad is run by a political party on Facebook and Instagram.

More on the NEWS

The tool was originally launched in May 2018 and now updated to include new features where users can see how many people the advertiser intent to target. Later this month, Facebook is planning to roll out a feature that lets people choose how an advertiser can reach their target audience.