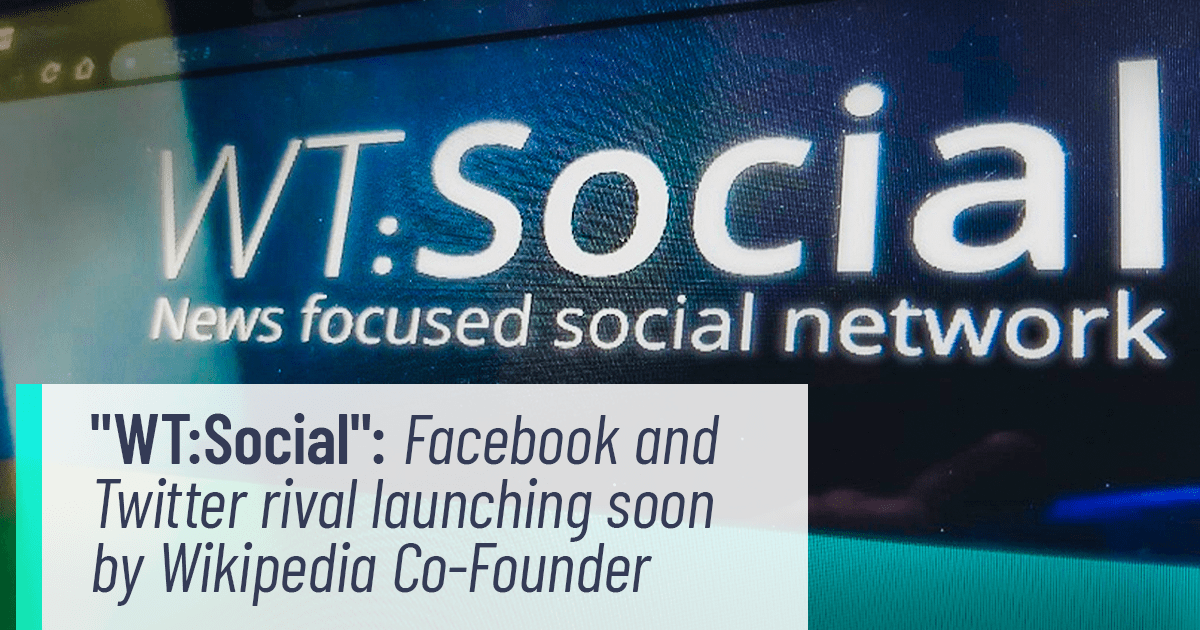 “WT:Social” which will be competing with both Facebook and Twitter, the co-founder Jimmy Wales stated that they intend to get right what these two have been getting wrong all this while.

The funding model of the emerging social media platform will be through donations, just like Wikipedia. The platform will refrain from going for an ad-funded model.

Mr. Wales, while giving an interview to Financial Times stated, “The business model of social media companies, of pure advertising, is problematic. It turns out the huge winner is low-quality content”.

WT:Social is a social media platform where joining is free. However, either you have to sign-up for the waitlist, donate or invite friends.

It is just a month old and already has 50,000 users to date; the numbers are increasing each day.

The co-founder of Wikipedia, Jimmy Wales, initially started as Wikitribune- a site that published original news stories with the community fact-checking and sub-editing articles. The venture failed to gain much traction, so it was decided to move to a new platform with a more social networking focus.