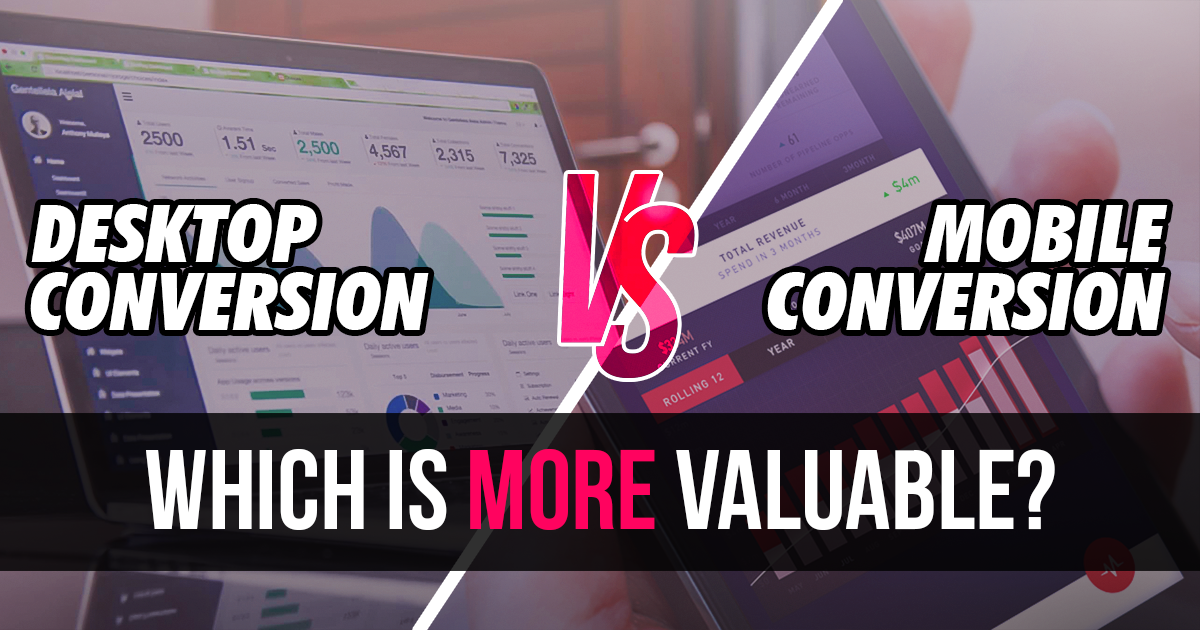 We all are aware of the fact that content viewing on mobile is at an all-time high, the growth is rapid and all the signs are pointing towards an uphill.

Despite that, the mobile conversion is still less valuable than those on desktop. Research has been carried out through an analysis of 10 million ad clicks across 100 accounts. Desktop is still the dominant way that consumers browse and search the internet.

Mobile conversions growth cannot be denied but the maximum of it comes from the desktop itself.

Did you know: Desktop visitors convert almost 60% more than mobile visitors. Also, the conversion through desktop is 93% worth more than the mobile.

The reason for this, if we talk in general could be that consumers browse and surf on mobile but tend to make purchases on the desktop. The scenario is changing, but as for now, desktop is highly valuable.

Mobile impressions are higher because how portable the device is and can be accessed from anywhere but the conversions are lower and reasons for same are listed below:

Why should we care?

Most shoppers are using multiple devices to make purchases, so, retailers and sellers should not be seeing the desktop and mobile as mutually exclusive channels. However, the younger generation is becoming less and less engaged with the idea of PCs and tends to favour mobile. The growth of mobile conversions is inevitable but traditional e-commerce is still prevalent.