All Digital Landmark Transformation For India In The Last Decade

All Digital Landmark Transformation For India In The Last Decade 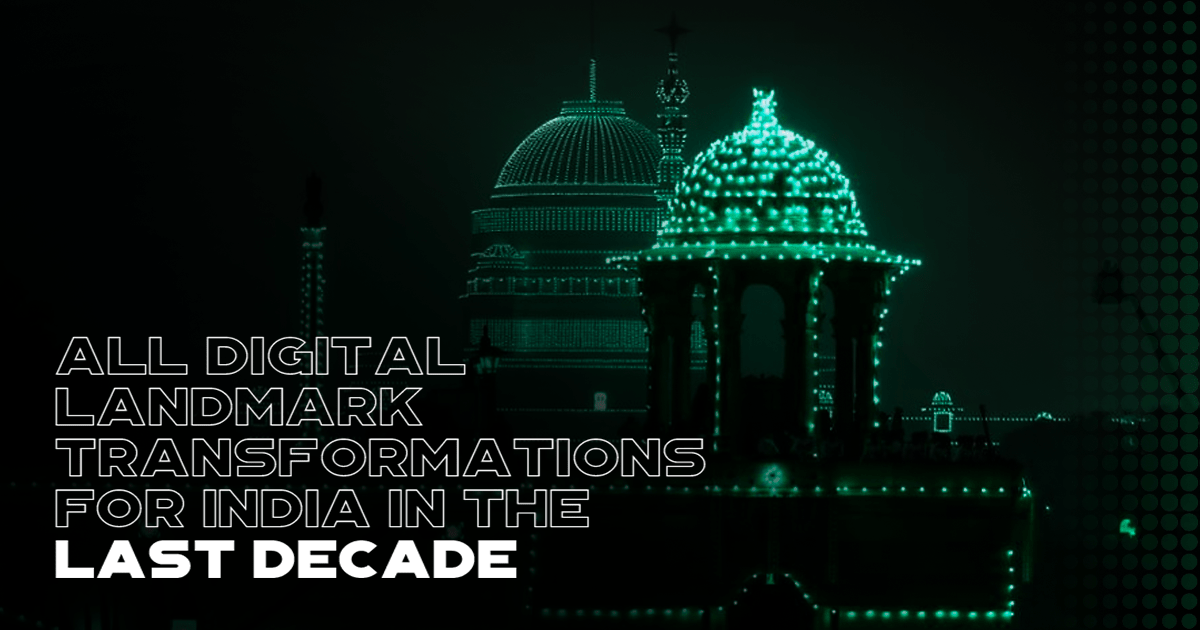 It was a connectivity decade for India in the digital space.

We present you the list of landmark transformations that our country went through from the year 2010-2019:

The nation’s connected economy is also an on-demand, few app economy data to represent the above data are:

If we try to dig deep into this current wave of behavior, we will have to first understand the connected consumer. We are comparatively the ‘Young’ country, with more than 60 percent population below the age of 35. This means India is an aspirational, multi-screener, mobile-native and an on-demand consumer base. The population that understands the technology from their peers which are an ‘old’ nation.

This also implies the digital marketers need to up their game, as the new India is easily bored and have new content to consume every second of their existence. Unique ideas are selling, taboo topics are being discussed. People have become more open-minded, but…, we are the generation who are easily offended. Sources of marketing are easily available but methods have become complicated.

It’s an era of discoveries, uniqueness and open discussion. It will be beneficial to take advantage of woke millennials and Gen-Z.