907 Million Indians Will Become Netizen By 2023, According To A Report

907 Million Indians Will Become Netizen By 2023, According To A Report 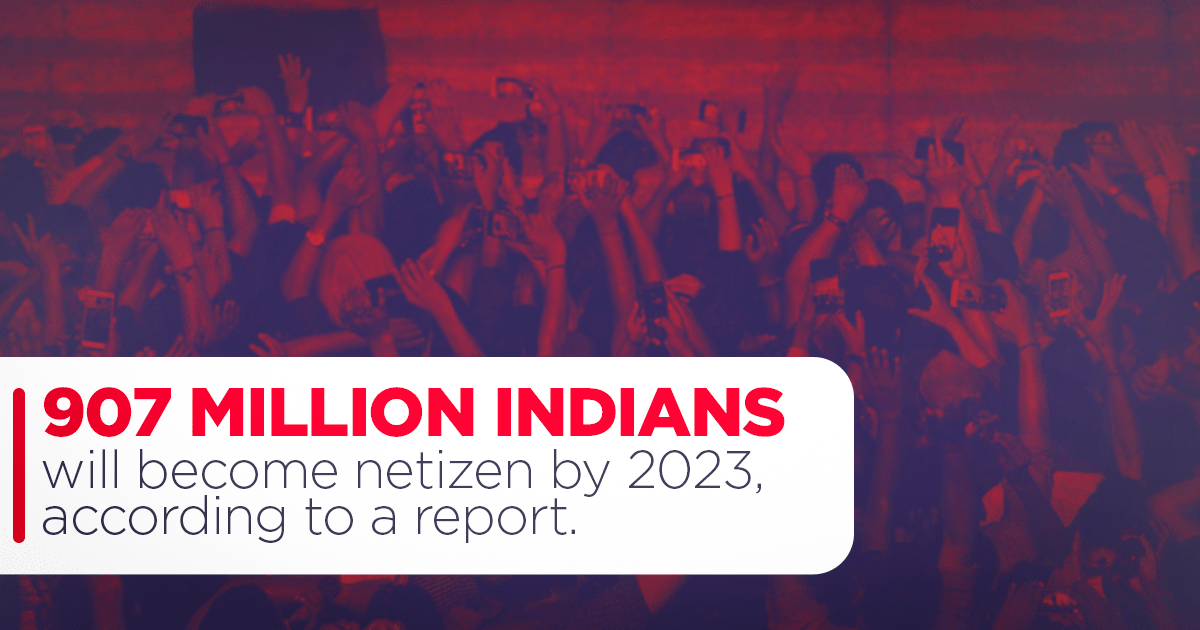 The same report revealed that India is set to achieve 966 million marks of total mobile users by 2023, which is a huge jump from 763 million in 2018.

India will achieve 907 million internet users by 2023, which accounts for 63 percent of the total population. Devices and connections are growing rapidly (7 percent CAGR) in India than the population itself (1.0 percent CAGR). This recent increase has accelerated the average number of connections and devices per household per capita.

Every year, some new device is launched in new form and factors with high capabilities and intelligence. Multiple M2M applications like smart meters, healthcare monitoring, transportation, surveillance, and even asset tracking have been contributing majorly to this new trend. The share that M2M devices share will 25 percent of total connections and devices.

In the past 50 years or so, every device that has been introduced has come up with cutting-edge innovations. The bandwidth requirements of the mobile phones have evolved from call and texting to ultra-high-definition (UHD) video and various AI and VR applications.

Businesses and even individuals worldwide have been seen creating new demands and companies are fulfilling it. All of these new trends are clearly highlighted by the adoption and use of mobile applications, social networking platforms, e-commerce, video-streaming, etc. All these and more accounts for nearly 46.2 billion downloads by 2023.