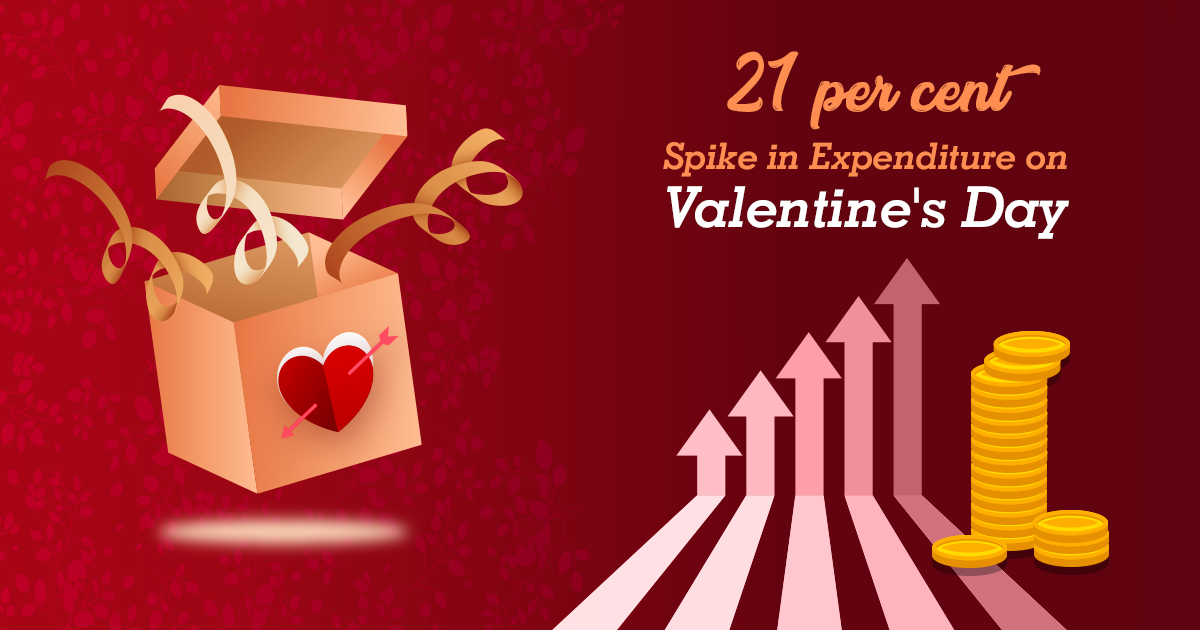 Well! Whoever said that love doesn’t cost a thing, haven’t experienced millennial way of spending on Valentine’s Day. Love seems to cost a thing, in fact, more than a thing. These days people need deep pockets on 14th February.

However, Valentine’s Day is not as popular as it was a decade ago, or even five years ago, participants are spending more than ever.

The total expenditure on cards, flowers, chocolates and all sorts of dinners have cost or we can say boosted the economy in a huge leap. Billions or let us say approximately 1500 billion were spent on gifts, dinners, vacations this year. People participating in the Valentine’s Day celebration has been decreased from last year. But people who are still taking part in the day of love are taking things quite far this year from last year. People have taken spending more seriously than ever judging by spending levels.

This year, the average expenditure per person has increased by 21 percent than the last year. This clearly illustrates that these days participants know that love doesn’t come cheap, it does cost something, more than something. This year, the gifting has not just stopped at their partners, spouses but gifting vacations and dinner to the family members have been on the rise. Children have been spending to gift their teachers and friends. People have been gifting items to their co-workers and even pets. Valentine’s Day is the day of love, and no one is far behind in proving that you can love anyone and everyone.

Millions of people around the world are trying to find a last-minute date for 14th February. Tinder’s server was jam yesterday due to constant ‘right swipes’. The market-leading dating app has revolutionized the dating game since its inception in 2012. The app added 1.54 million people on Valentine’s Day. This alone is the good news for all the dating apps in the market.