1.15 Billion Transactions In October Through UPI: The Emerging Payment Method

1.15 Billion Transactions In October Through UPI: The Emerging Payment Method 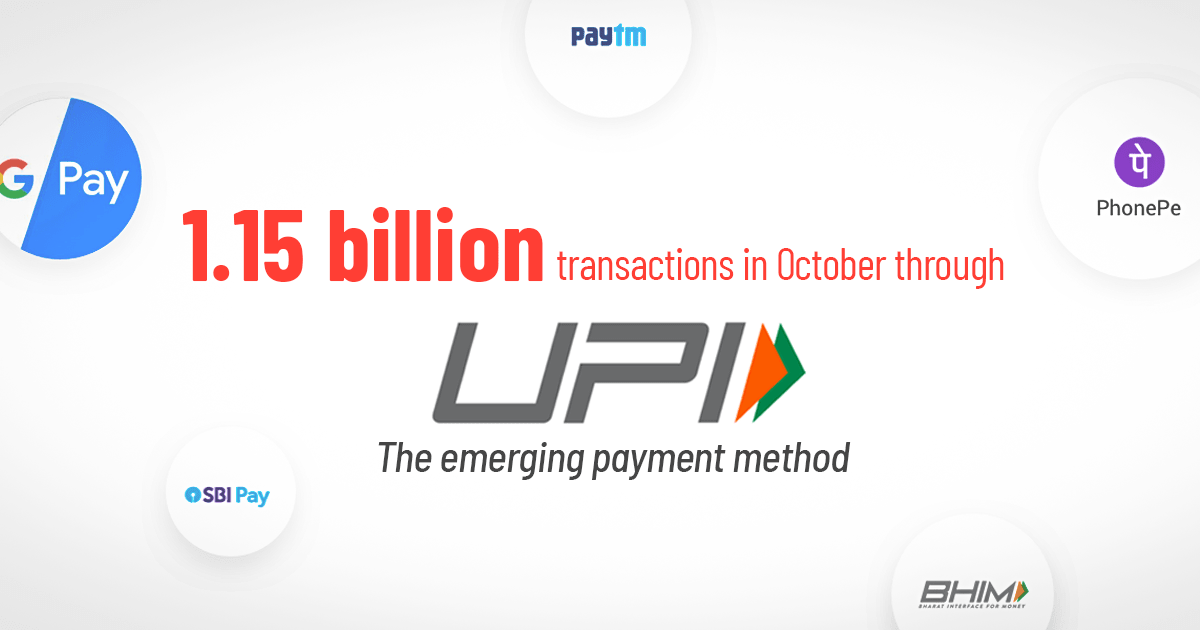 The sharp consumption could be because of all the festivals in October in India, including Diwali.

The Interbank Fund Transfer Mechanism- Unified Payments Interface (UPI) reported almost 1.15 billion transactions only in the month of October. The data has been shared by the National Corporation of India (NPCI). This is a huge jump (20%) from the month of September.

The amount is said to stand at Rs. 1.9 Lakh Crore last month.

This fund transfer mechanism is relatively new, initiated in the year 2016. It has seen rapid adoption over the last three years. The driving force of this is Google, Paytm and PhonePe

The UPI payments jumped sharply during the Diwali festival weekend, at this time, consumption in the country is at the peak.

UPI started out as the peer-to-peer payment mode but now it has entered into the merchant transactions space as well.

Why is this piece of NEWS important?

UPI is the positive demonetization of India. Payments have become toll-free and available to all. Now it has the ability to bring Fintech at par with banks.